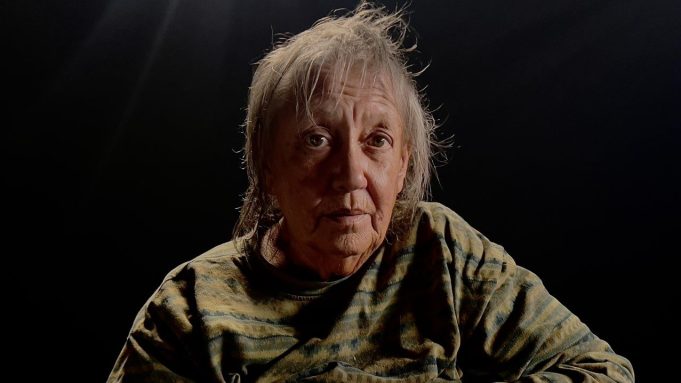 EXCLUSIVE: Shelley Duvall (The Shining) is gearing up to return to screens via The Forest Hills — an indie horror-thriller from writer-director Scott Goldberg, which marks her first project in 20 years. (The first behind-the-scenes still featuring the actor can be found above.)

Also starring Edward Furlong, Chiko Mendez and Dee Wallace, The Forest Hills follows a disturbed man who is tormented by nightmarish visions, after enduring head trauma while camping in the Catskill Mountains. Duvall will play the mother of the mentally and emotionally disturbed Rico (Mendez), who serves as his inner voice.

Scott Hansen is producing the pic alongside Dreznick Goldberg Productions and Digital Thunderdome Studios, with Goldberg serving as co-producer.

“We are huge fans of The Shining and it’s honestly one of my favorite horror movies of all time, up there with John Carpenter’s Halloween and George A. Romero’s Day of the Dead with the dark tones they delivered in their movies, along with perfect scores and elements that make them my personal favorites,” said Goldberg. “Shelley contributed to The Shining being an absolute masterpiece by giving her all, and performing in a way that really showcased the fear and horror of a mother in isolation.”

DuVall is an actress, writer and producer known for her collaborations with everyone from Robert Altman and Woody Allen to Stanley Kubrick, Terry Gilliam and Steven Soderbergh. The screen icon is best known for her work on the film side on classic titles including Brewster McCloud, McCabe & Mrs. Miller, Thieves Like Us, Nashville, Annie Hall, Three Women, The Shining, Popeye, Time Bandits, Roxanne and The Portrait of a Lady. She’s been honored over the course over her career with a Peabody Award, the Cannes Film Festival’s prize for Best Actress, two Emmy nominations and a BAFTA nom, among many other accolades.

Her work in The Shining has been the subject of much discussion over the years.

The actress told Deadline’s sister publication in The Hollywood Reporter in 2021 that playing a woman whose husband is slowly unraveling during their isolated time as caretakers at a snowed-in hotel took its toll. She was required to cry virtually every day over the course of the 56-week shoot.

Duvall said that, “after a while, your body rebels. It says: ‘Stop doing this to me. I don’t want to cry every day.’ And sometimes just that thought alone would make me cry. To wake up on a Monday morning, so early, and realize that you had to cry all day because it was scheduled — I would just start crying.”

Asked whether Kubrick, as rumored, was deliberately cruel to her in order to enhance her preformance, the actress told THR, “He’s got that streak in him. He definitely has that. But I think mostly because people have been that way to him at some time in the past.”

DuVall last appeared alongside Shirley Jones, Cloris Leachman and Louise Fletcher in the 2002 comedy Manna from Heaven, announcing her retirement that same year. The actress resurfaced in November of 2016, after many years out of the spotlight, in an interview with Dr. Phil on his same-name talk show, in which she opened up about her struggles with mental illness, exclaiming, “I am very sick. I need help.” The segment widely viewed as exploitative of Duvall quickly became a lightning rod, with everyone from Kubrick’s daughter Vivian to Mia Farrow and Patton Oswalt taking both the talk show host and his program to task. “McCABE & MRS. MILLER, THIEVES LIKE US, THE SHINING, 3 WOMEN, ROXANNE (et al),” wrote the latter actor and comedian on Twitter at the time. “Shelley Duvall deserves respect, not exploitation.”

It’s unclear whether Duvall is working with any representatives at this time.