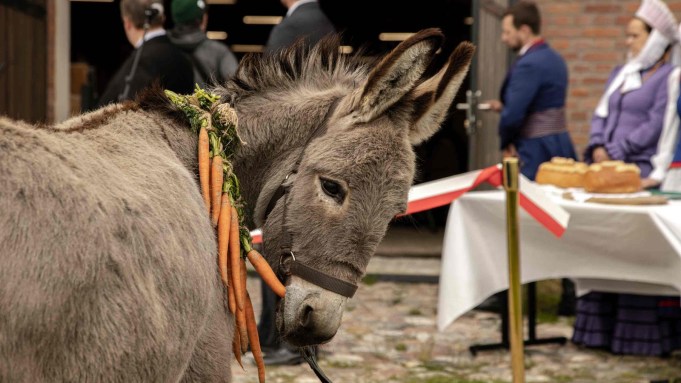 “The donkey is cute, but this is not a Disney movie,” said Jonathan Sehring, the former IFC Films head whose young distribution outlet Sideshow, with Janus Films, presents Jerzy Skolimowski’s Cannes Jury Prize winning EO at two NYC theaters this weekend. “We launched Sideshow for great movies that would otherwise get overlooked to give them the best release that they can possibly get,” he told Deadline.

'Bones And All' With Timothée Chalamet, 'EO' With A Soulful Donkey & 'The Inspection' Mix It Up At The Arthouse – Specialty Preview

“It’s not something we invented. It was a very traditional platform release for, what we hoped when we acquired it, would be a critically acclaimed film. We didn’t know what the response would be. You never know,” he said.

EO reviews so far have been nothing short of phenomenal. Deadline’s Cannes review here.

Skolimowski will be in NYC for select screenings and Q&As. EO heads to four theaters in LA Dec. 2 before expanding to 12-15 markets thereafter. Bookings are actually up from Drive My Car. Despite a crowded arthouse market, more theaters are open this year than last. And Poland’s Oscar submission is a “vibrant, fresh and different film than anything you are going to see,” said Sehring.

EO is a vision of modern Europe seen through the eyes of a donkey on a stoic journey through a world where disaster and despair alternate with unexpected bliss. It’s presented by Skopia Film and Jeremy Thomas. Screenplay by Ewa Piaskowska and Skolimowski. EO stars Sandra Drzymalska, Isabelle Huppert, Lorenzo Zurzolo and Mateusz Kosciukiewicz, but it’s a film with relatively little dialogue. The donkey is the star.

Sehring said he’s thrilled to be working with the 84-year-old director and recalls being blown away at his first Cannes Film Festival in 1982 at a screening of Skolinowski’s Moonlighting with Jeremy Irons.

The exec started Sideshow two years ago with Jonathan Turell and Peter Becker, partners in Janus Films. Turell is also CEO and Becker president of The Criterion Collection, a separate company that shares a leadership team and frequently works in concert with Janus. Drive My Car was their first project.

Sideshow has also been working with Submarine on HBO Films’ All That Breathes, winner of the Cannes and Sundance World Cinema top documentary awards.

Its slate includes No Bears from imprisoned Iranian director Jafar Panahi with a release planned for Dec. 23; The Eight Mountains by Felix van Groeningen and Charlotte Vandermeersch, which shared the Cannes Jury prize with EO; and Jean-Pierre & Luc Dardenne’s Tori And Lokita.