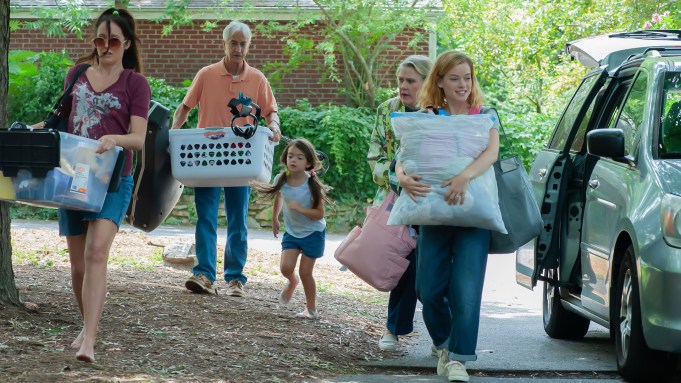 EXCLUSIVE: The Sundance Film Festival deals keep dropping. Sony Pictures Classics has landed worldwide rights to A Little Prayer, which premiered at the Ray yesterday in the US Dramatic Competition category. The film is directed and scripted by Angus MacLachlan, who scripted the SPC release Junebug.

Tammy (Jane Levy) and husband David (Will Pullen) lead a quiet life in Winston-Salem, North Carolina, sharing a home with David’s parents, Bill (David Strathairn) and Venida (Celia Weston). David and Bill work together and have always been closely involved in each other’s lives. When Bill begins to suspect that David is straying in his marriage, he is drawn into a relationship minefield, caught between wanting to protect his amicable daughter-in-law and trying to understand his impulsive son. As Bill confronts the limits of patriarchal influence, he is also forced to reckon with disheartening behavioral patterns that may be transcending generations.

Said MacLachlan to Deadline: “I am so pleased to be taken into the Sony pictures classics family again. It’s an honor to be one of their carefully curated roster. And I know how much Michael Barker and his entire team are true film lovers. I am over the moon. “

The film is produced by MacLachlan, Max A Butler and Lauren Vilchik. WME Independent brokered the deal. It’s the second solid deal today for the agency, which brokered the Apple deal for the John Carney-directed Flora and Son. The fact this one closed so quickly, within 24 hours of its premiere, indicates that the pace of acquisitions is picking up after a slow weekend start. There are still plenty of desirable titles, and deals to be made.