Refresh for latest…: Arachnomania continues to grip the globe as Sony/Marvel’s Spider-Man: No Way Home has increased its worldwide cume to $1.53B through four weekends. Tom Holland’s Peter Parker now fronts the No. 8 movie on the all-time global chart with No Way Home leaping past Marvel’s The Avengers, Furious 7, Frozen II and Avengers: Age Of Ultron across the current frame.

In 63 overseas markets this session, the Jon Watts-directed phenom added $64.4M to bring its running international box office total to $867.5M. And, let’s not forget that No Way Home has scaled these heights without a penny from China. Given the current trajectory (and even sans China), is $1B possible overseas? Yes. Still, it might be close.

The webslinger flew into Japan this weekend, opening to a terrific $11.8M. That tops the debuts of both Spider-Man: Far From Home (by 35%) and Spider-Man: Homecoming (by 76%). The market, which is a fan of Spidey, could run up much higher. Meanwhile, there is still more play with markets in the Nordics to reopen. And, there’s just not much in Spidey’s way for the next few weekends ahead.

Overall, NWH kept its hold at offshore turnstiles with just a 36% drop from last weekend, propelling the MCU entry to new benchmarks. In the UK, No Way Home topped the century mark, adding $6.2M this session for a slight 25% dip to cume $105.8M so far there. In Mexico, No Way Home is the No. 2 film ever with $69.7M to date (the same milestone goes for Indonesia where the cume is $24.6M). In India, NWH is now the No. 2 Hollywood movie of all time at $35.3M.

In IMAX, NWH added $7M global to lift the worldwide total to $94.4M. The international IMAX tally is $37.3M including this session’s Japan bow which is the fifth-highest ever in the market and accounted for 14% of the nationwide total. 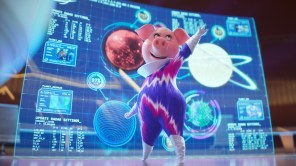 Elsewhere, Universal/Illumination’s Sing 2 saw just a 24% drop from last session, crooning up $17.1M in 54 markets for an $81.8M overseas cume and $190.1M global. Korea landed the third best animated debut of the pandemic at $2.2M with a great score from CGV’s Egg. In Brazil, Sing 2’s $1.4M start bested Encanto’s earlier launch for the best of the virus era. During a holiday period in Russia, there were consistent upticks leading to a $10M cume so far. France leads play with $14.7M, tracking above the original. 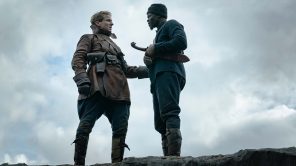 Disney/20th Century Studios’ The King’s Man traveled to a host of new markets this frame, including some majors for the first time, and grossed a total $13.4M in 43 hubs (in holdovers it had a 42% drop). This brings the overseas cume to $49.2M and global to $74.3M.

Germany debuted at No. 2 with $1.6M, while Australia saw a No. 4 start, and in Brazil the film launched at No. 5. Among already opened markets, the Ralph Fiennes-starrer stayed No. 1 in Taiwan ($3.9M cume).

Elsewhere, the Matthew Vaughn-directed origins story remains the No. 2 movie in France and the UK, as well as Switzerland, Kuwait, Saudi Arabia, the UAE and Qatar. There were mega-increases from last session in Switzerland (+407%) and Belgium (+103%, as a reversal on cinema closures took hold). 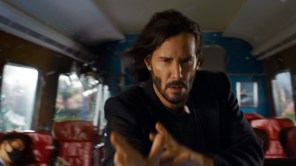 This is before China releases Matrix this coming Friday, January 14 (although the film was approved and announced for release weeks ago, ticketing platform Maoyan is not showing presales figures for next weekend). IMAX will also be playing it in the PRC. 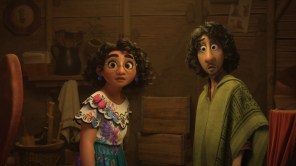 Speaking of China, Disney’s Encanto, which scored one of the rare slots doled out by the PRC in the last several months, debuted to $3.2M from its debut there. Amongst a host of local titles, and with a very short lead time to localize marketing, the movie has solid social scores, but there is little room for this to leg out given the upcoming Chinese New Year holiday. It’s looking at a $9M-$10M finish in the market.

Encanto is nevertheless the highest grossing animated release of 2021, and has now grossed $215.5M global and $123.1M international. It added $5.8M overall overseas this session.

The drop was 40% in its seventh offshore weekend with Belgium, Saudi Arabia, Spain and the UK posting increases from last frame. In Colombia, Encanto is the sixth highest grossing movie of all time, the No. 2 biggest animated release ever and top title of the pandemic era.