Stephen Sondheim, one of the giants of Broadway songwriting, died early Friday at his home in Roxbury, Conn. He was 91.

Attorney F. Richard Pappas, announced the death, which he described as sudden. Sondheim celebrated Thanksgiving with friends just a day ago, Pappas said.

Among his most memorable songs was “Send In the Clowns,” from “Night Music.”

He dominated Broadway and was considered the greatest composer-lyricist of the last half of the 20th century by many. He was one of the few major theater composers who handled words and music, including such legends as Irving Berlin, Cole Porter, and Frank Loesser. 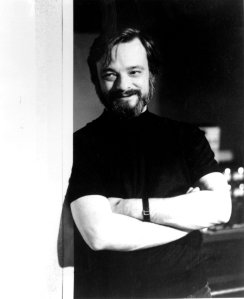 His successes as a lyricist were as impressive as his songwriting. He wrote the lyrics for “West Side Story” and “Gypsy” in the late 1950s.

Sondheim wrote his first words and music combo to the 1962 farcical 1962 comedy “A Funny Thing Happened on the Way to the Forum,” which won a Tony Award for best musical and ran for more than two years.

Overall, he wrote music and the lyrics for a dozen Broadway shows, a list which doesn’t incude revues like “Side by Side by Sondheim,” “Putting It Together,” and the autobiographical “Sondheim on Sondheim.” Five of them won Tony Awards for best musical, and six won for best original score.

His “Sunday in the Park” took the 1985 Pulitzer Prize for drama.

Sondheim’s show revivals were also successful. Three won Tonys, including “Assassins” in 2004, which started in Off Broadway.

Sondheim also wrote music for films, including the score for “Stavisky,” a 1974 movie about a French financier and embezzler. His song “Sooner or Later (I Always Get My Man)” for Warren Beatty’s “Dick Tracy” won an Academy Award in 1991. Six cast albums from his shows won Grammy Awards, and “Send In the Clowns” won the Grammy for song of the year in 1975.

Survivors include his husband, Jeffrey Romley, and a half brother, Walter Sondheim.