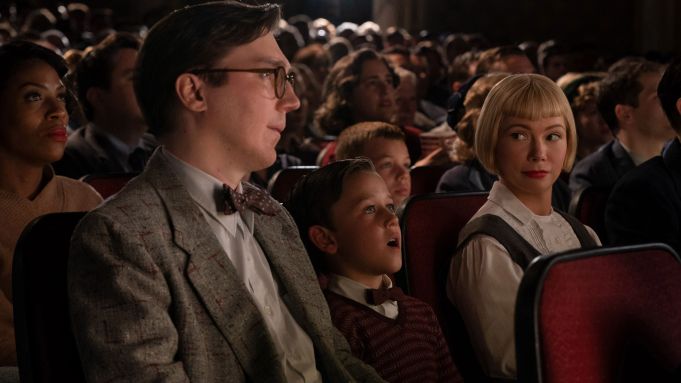 UPDATED, 9:45 AM with Steven Spielberg statement:

“As I said on stage the other night, ‘Above all, I’m glad I brought this film to Toronto!.’  This is the most personal film I’ve ever made, and  the warm reception from everyone in Toronto made my first visit to TIFF so intimate and personal for me and my entire Fabelman family. Thank you to Cameron Bailey and the incredible staff at TIFF; thank you to Universal Pictures; and a very special thank you to all the movie fans in Toronto who have made this past weekend one I’ll never forget.”

PREVIOUSLY: The People’s Choice Award from the just-wrapped 2022 Toronto Film Festival has gone to Steven Spielberg’s The Fabelmans. First Runner Up is Canada’s own Sarah Polley’s Women Talking. Second Runner Up was Rian Johnson’s Glass Onion: A Knives Out Mystery. The Documentary Award went to Black Ice, and the Midnight Madness winner was Weird: The Al Yankovic Story.

Voted online by audience members since 1978 and often considered a harbinger for the Best Picture Oscar, the TIFF People’s Choice Award has been won by such eventual Best Picture Academy Award winners as Nomadland, Green Book, 12 Years a Slave, The King’s Speech, Slumdog Millinaire, American Beauty and Chariots of Fire. Among those that went on to Best Picture nominations include last year’s winner Belfast, as well as JoJo Rabbit, Three Billboards Outside Ebbing, Missouri, Room, La La Land, The Imitation Game, Silver Linings Playbook, Precious, Life Is Beautiful, Places in the Heart and The Big Chill. 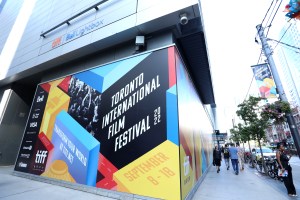 With the closing of the first fully live Toronto fest in three years, impacted as everything else was by Covid in the recent past, this also represents the end of the fall festival trifecta of Venice, Telluride and Toronto that traditionally open the official six-month awards season. With Venice awarding its Golden Lion unusually to a documentary, All the Beauty and the Bloodshed from director Laura Poitras (but did not place in the top 3 at TIFF), and now the People’s Choice Award from TIFF going to The Fabelmans, the race is on and at this point appears wide open and perhaps heading into unpredictable territory.

However, with this award, and the general feeling that Fabelmans emerged coming off its wildly enthusiastic TIFF premiere a week ago as the Oscar front-runner at least for now, it means the film is in a good early position for Universal and Spielberg’s most personal film yet. Time will tell.

Festival director Cameron Bailey notified Spielberg very early this morning and he said was very grateful and again, as he said after the huge standing ovation at its premiere, that he was very glad they brought it to Toronto (which he noted last week was his first festival ever for one of his directed films, but it should also be mentioned that 2018’s Green Book another People’s Choice winner was produced by Spielberg’s company). On to the New York Film Festival later this month, and then London.

Here is the official winners list from TIFF with all their 2022 honorees:

Special Mention for Best Feature from an Emerging BIPOC Filmmaker

PEOPLE’S CHOICE AWARD
For the 45th year, the People’s Choice Awards distinguish the audience’s top title at the festival as voted by the viewing public. All films in TIFF’s Official Selection were eligible.