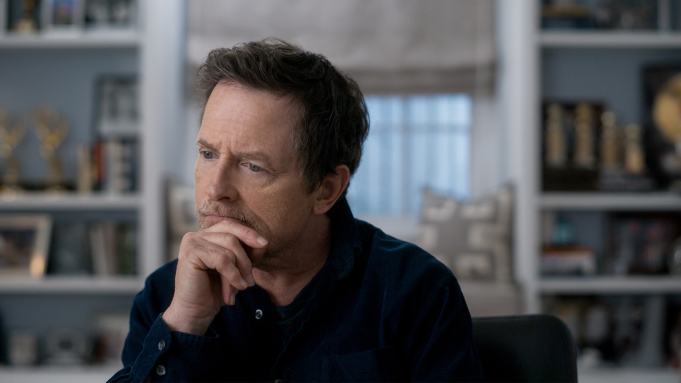 I love the title of Oscar-winning An Inconvenient Truth documentarian Davis Guggenheim’s wonderful new docu on the life and times of Michael J. Fox. It is called Still a Michael J. Fox Movie. The Sundance website has a colon where you might expect it to be, right after Still, but the press notes leave it out which is how I hope Apple Studios — which has the film for an unspecified future release date and is world premiering it Friday at the Sundance Film Festival — would officially call it. That’s because what Guggenheim, and importantly his editor MIchael Harte, have made is simply that, A Michael J. Fox Movie from start to finish and all that implies.

With the spirit of the kind of 1980s movies that helped make Fox a very big star on both big and small screens, this hybrid uses docu techniques — most notably a talking-head interview with the star himself weaved in with clever use of archival footage and movie clips, as well as scripted re-creations with actors where needed — to make it all complete. The star here, as always, is Fox himself, battling the intense effects of the Parkinson’s disease he has had since being diagnosed at only age 29, but successfully and enthusiastically telling his story, a single talking-head shot, straight into the camera.

The movie leaves nothing out, exploring his life as a Canadian kid with loving family (largely shown in re-creations), getting the acting bug early and finding some TV roles in Canada before taking a leap and leaving school and home at age 17 to try his luck in Hollywood. From there he details his paycheck-to-paycheck life, landing some parts, being flat-out broke, almost giving up, and then … he gets the role of his life as Alex P. Keaton in the pilot for Family Ties, which NBC head Brandon Tartikoff (in an archival interview) says he was bound and determined he would never have.

From there, Fox details how film stardom came his way as an original choice for Back to the Future as Marty McFly. He was never told about the role though by Family Ties producer Gary David Goldberg, who never shared the script producer Steven Spielberg sent because he could not let Fox out of production. Only when, two weeks into filming, star Eric Stoltz was fired did the SOS call back to Goldberg work and Fox was cast, the star telling how with virtually no sleep he would be on the Family Ties set by day and Future at night for 2 1/2 months.

The docu chronicles the ensuing movie success; a second series Spin City; his meeting, romance and marriage to Tracy Pollan; and of course his increasing battle against a cruel disease that he refused to get him down, no matter how difficult it was. Fox talks about the little techniques he used to hide it in public and during appearances until finally going out with the news, as well as creation of his foundation to find a cure — an effort that has raised more than $1 billion and is still going strong. Just in November, Fox received and Oscar with the Jean Hersholt Humanitarian Award.

That latter Governors Awards ceremony is not included in this film, but I was in that room where Fox charmingly and hilariously accepted, a man who will not let this stop him no matter the toll. It was so moving to see his colleagues give him a roaring standing ovation that night, and it is just as moving to see this film documenting the unstoppable force that is Michael J. Fox.

So back to the title. To tell the entirety of Fox’s life, Guggenheim originally was going to use film clips from Fox’s acting work in a more traditional way until Harte came up with a plan to incorporate actual footage from Fox’s actual roles in film and TV to show what was going on in his real life. For instance, as Fox recounts the story of how he got the role in Back to the Future, visually it is told incorporating footage of the star in another of his movies, Bright Lights, Big City. A date with Pollan is illustrated with footage of them from a movie in which they both appeared. The technique is used so successfully throughout that there should be editing awards for this in Harte’s future. It is inspired.

Guggenheim based his film on the memoirs of Fox, and with Fox on camera has stunningly created a new memoir that is just as vital and entertaining and enlightening as yes, A Michael J. Fox Movie.