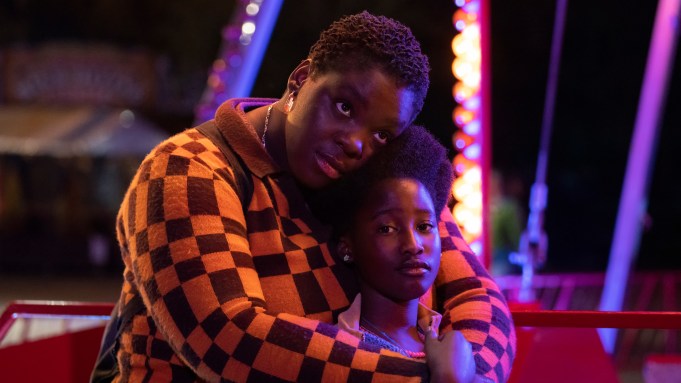 Premiering in the World Dramatic Competition, Adura Onashile’s debut feature Girl takes place in Glasgow, Scotland, but, given its themes of identity and belonging, this tender story of a refugee mother and daughter might as well be happening anywhere. Though the production values are exceptional for a low-budget British movie, there is also the sense that, by leaning into her restrictions, Onashile has found an interesting way to tell her story, taking us into the claustrophobic, fishbowl lives of these two loners so that it is the outside world that seems strange and ‘other’ to us whenever we are faced with it.

'A Thousand And One' Sundance Film Festival Review: A Mother And Son Bear The Weight Of A Brutal City In A.V. Rockwell's New Movie

The mother, Grace (Déborah Lukumuena), is in her mid-’20s, and she is devoted to her 11-year-old daughter Ama (Le’Shantey Bonsu). Their backstory is never fully explained, just that the two only have each other and don’t wish for anything else other than some sort of posh domestic idyll for them to live in together, complete with carpets “soft and white, like clouds”. Instead, home is a condemned block of flats where Grace leaves Ama locked in every night while she goes to work as a cleaner in a shopping mall. Grace counts every footstep that takes her away from her daughter, while Ama gazes down through binoculars at the city of lights below her.

Grace has a mantra — “We cannot trust anyone” — and her paranoia is stoked by frequent visits from a sympathetic social worker who is concerned by Ama’s erratic school attendance. Grace would prefer never to leave the house, and for no one to know they were ever there, but her wish for anonymity is confounded when Ama spots a fire breaking out in an apartment block across the way. That family’s little girl is Ama’s age and in the same school, so they become friends. Any other parent would be happy, but Grace is panic-stricken, the first sign that she is being more than just over-protective.

There are shades of Lynne Ramsay’s Ratcatcher in Onashile’s affecting film, notably in the idealization of homes as a luxury commodity: Ama and her friend visit a pristine showhouse, where they chink empty wine glasses at a chic designer dinner table and roll around on clean white cotton sheets. At the same time, Grace’s backstory is revealed in gradually increasing snatches, hinting at the trauma that not only explains why she became a mother at such a young age but also why she fears for Ama as she enters womanhood. Something has to give, and when the housing block is earmarked for demolition, it finally does. Grace and Ama are moved into a guest house and something of a bait and switch occurs; it turns out that there is more than ‘one’ girl in this story, and Ama’s story is quietly parked for a while as Onashile turns her attention to Grace and how she came to an adulthood she was never ready for.

It’s a dark story but Onashile focuses on the light, and she is ably assisted in this by Tasha Back’s luminous cinematography and Ré Olunuga’s ethereal score, which makes a most welcome change from the nondescript plinky-plonk that seems to be the default setting for British social-issue dramas. Of the core duo, Lukumuena has the hardest job, playing an emotionally frozen and often selfish character who seems hell-bent on destroying her daughter’s future. Playing against that, the young Bonsu is a discovery and a delight showing a surprising amount of nuance and maturity. As a calling card, Girl is an impeccable achievement for everyone, but for audiences, it’s a rewarding study of alienation that refracts the immigrant experience through a refreshingly different lens.