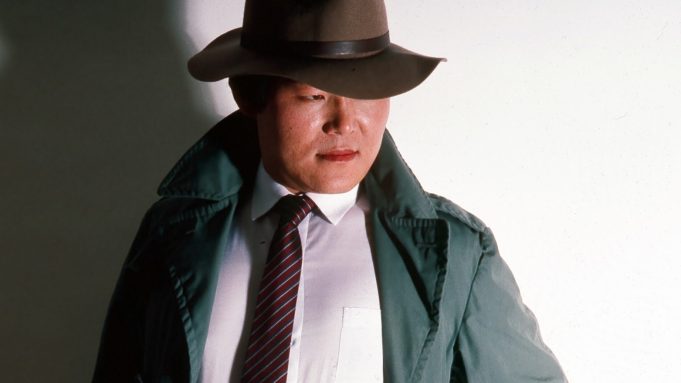 Premiering on the first day of the Sundance Film Festival, Kim’s Video is the perfect Sundance documentary, a playful and intelligent film that teases one thing and delivers quite another. Just as 2012’s Searching for Sugar Man set out to find a missing soul singer and uncovered a secret history of anti-apartheid rebellion in South Africa, this affectionate and funny film by Ashley Sabin and David Redmon and playing in the fest’s Next lineup starts as a nerd’s quest and transforms into, well, actually two things: one a glorious shaggy dog story that somehow links a New York dry cleaner, the Coen brothers’ late fees, South Korea’s CIA and the Mafia, the other an astute and actually rather moving rumination on the very real social importance of film history.

The subject matter raises questions that have bugged even casual visitors to Manhattan of a certain age: Whatever happened to Kim’s chain of video stores, a cineaste’s treasure trove packed with cinematic rarities and classics? And, secondly, who was this Kim, a shadowy figure who vanished after seeming to abandon his collection just as quickly as he amassed it?

The public face of the film, co-director Redmon is from the Nick Broomfield school of deceptive diffidence, first seen stopping baffled passers-by on St Mark’s Place for clues to the shop’s former whereabouts (“A lot of things used to be here,” shrugs one). The once-fabled landmark seems to have melted into the ether, but this collective amnesia will turn out to be one of the film’s driving forces; Kim’s Video isn’t just a feature-length moan about gentrification or the passing from analog to digital, it’s a film about not taking no as the first answer. The more Redmon and Sabin (largely offscreen) push, the more doors open, each leading to a revelation as surprising as the last.

The standard wisdom is that in 2008, despite offers from within the U.S., Kim unexpectedly donated his collection to a small town called Salemi in Sicily, with the proviso that existing members of Kim’s stores could visit at any time, and that the new owners would, at some point, digitize the collection for posterity. It seemed to be too good to be true, and obviously it was, because, after that, nothing else was heard.

Part of the fun of Kim’s Video is that there is obviously more to this story than Redmon and Sabin are letting on, in much the same way that the makers of Searching for Sugar Man knew that their subject was alive and (sort of) well, and had even toured in Australia, before their Sundance premiere. The first instance of this is that when the filmmakers arrive in Salemi they meet a man called Enrico Tilotta, composer of John Carpenter-esque soundtrack music who will subsequently (although it’s never mentioned) score the film and do a very good job of it. And after setting up the shop’s owner — Yongman Kim, who arrived in New York from South Korea in 1979, aged just 21 — as a riddle wrapped up in an enigma, he turns up halfway through to become a major presence in the film.

The story of Kim and what happened to his collection of 55,000 “weird movies” after it arrived in a town that was almost wiped out by an earthquake in 1968 would be rich enough to sustain the film itself, revealing sophisticated, creative corruption of the kind that will be familiar to aficionados of recent Italian cinema. But Kim’s Video goes the extra distance, and what might seem at first to be just another rights-avoiding fair-use doc suddenly becomes much more profound, using archive material as a novel layer of commentary, taking clips from Blow-up, Blue Velvet and La Dolce Vita to illustrate Redmon’s musings.

This all parlays into the film’s unexpected climax, an audacious coup de cinema worthy of Orson Welles’ F for Fake, in which the filmmakers, aided by Charlie Chaplin, Jean-Luc Godard, Jim Jarmusch, Agnes Varda and many more, carry out an audacious heist to rescue Kim’s collection. It would be churlish to reveal how, but this joyously chaotic payoff confirms a key tenet of the film’s thesis: “Cinema is a record of existence,” says Redmon. “It retains traces of lives lived, of phantoms, ghosts. And when it’s thoughtfully organized as an archive, it’s our collective memory of the living dead.”