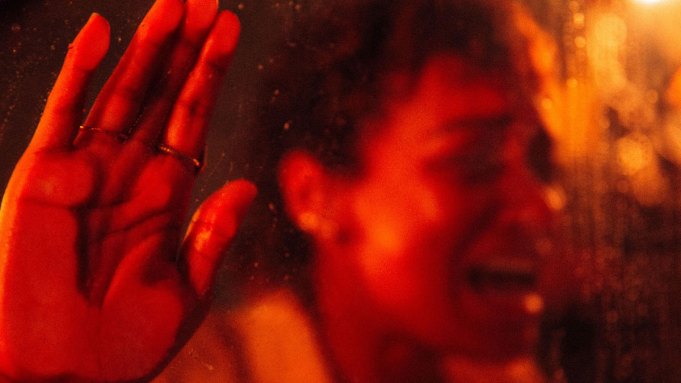 Children shouldn’t play with dead things: not just the title of a low-budget American horror from 1972 but words to live by, especially in this unnerving and highly effective Midnight entry from Australia. But though it employs some familiar tropes — high-schoolers dabble in the occult and soon begin to wish they hadn’t, Danny Philippou and Michael Philippou’s film Talk to Me does attempt to do something new with an old idea, for one thing making the crossing of infernal thresholds seem like an awful lot of fun.

From the start, the most striking thing is that there’s not much in the way of a preamble and very little lip service to genre traditions. The Philippous are respectful enough of modern audiences to understand that everybody knows now where the moral line is, so instead of the traditional setup — historically, a creepy, drunken old man yelling, “Stay away from Camp Crystal Lake” — they start with a micro-movie, in which a teenager turns up to a drunken party to look for his brother. The brother is having what seems to be a psychotic episode, and, to the horror of the other partygoers, stabs his brother in the chest and himself in the face. It’s brutal and quick, serving as an apt overture to the main action, but will later prove more important to the narrative than it first seems.

Immediately, the focus switches to 17-year-old Mia (Sophie Wilde), who is still wrestling with her mother’s death. Locked out emotionally by her father, Mia looks to her best friend Jade (Alexandra Jensen) and her warm, affectionate family for support. The more rebellious of the two girls, Mia persuades Jade to join her at a séance of sorts, where a candle is lit, guests take the embalmed, disembodied hand of a dead psychic (or is it a Satanist?) and say the words that give the film its name: “Talk to me.” Footage of these events have been going viral for a while, sending participants into glassy-eyed convulsions, so why do they continue? Because the Philippous portray these possessions as a high, leaving Mia “glowing” rather than freaked out after her first try.

As in all teen-themed horrors, there is an undercurrent of sexual tension here, notably in the fact that Mia’s ex, Daniel, is now dating Jade. But for those wondering where these films can go next in the age of #MeToo, the Philippous have a pretty good answer: where the reactionary slashers of the ’70s and ’80s exploited their young audience’s appetite for sex and effectively punished them for it, Talk to Me is a thoughtful attempt to figure out what really frightens teenagers today. In Mia’s case, it’s her mother’s death, which increasingly looks like suicide, and her drift into the spirit world reflects both her need for closure and her fears for the future (in contrast to Mia’s lively peer group, the apparitions she sees are rotting, blackened, and oozing goo from pustulant sores).

After an admirably well-ratcheted build-up, the rollercoaster finally plunges when Jade’s little brother Riley (Joe Bird) tags along to one of these “possession parties”, and all hell breaks loose in a fantastically gory eruption of violence that sees the 13-year-old smashing his face into every available surface. In the mayhem that follows, certain rules of gate-keeping are forgotten — each session must last no longer than 90 seconds, and the candle must be extinguished immediately after — and it becomes increasingly likely that the porous wall between the living and the dead has been breached.

As is often the case with Australian horror, the filmmakers stick to their guns throughout, which means that, instead of neatly wrapping things up in a last-minute sell-out, the ending is admirably dark (with echoes of the original 1992 Candyman). There is a sense, however, that this may not really be the end. After all, we only see one embalmed hand, and, as one character sagely notes, “The other one’s out there… somewhere.”