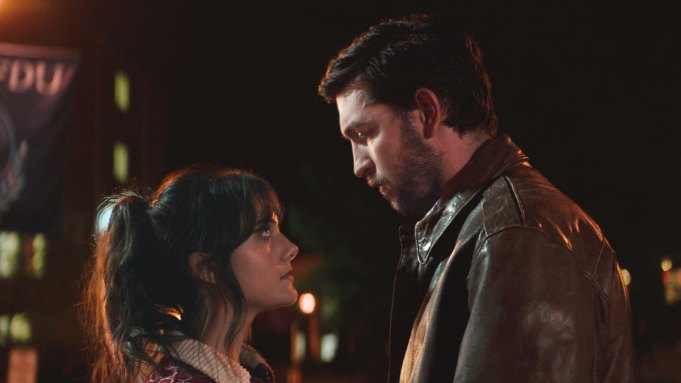 Based on one of the most sensational and much-discussed short stories of recent times, which was heralded as the most-read story ever to appear in the New Yorker, Cat Person is a disarmingly creepy film with a disturbing edge that will surely trigger further discussion about contemporary dating and romantic protocols. Years ago, a little film like this would have found a modest but loyal following among young audiences. Now, however, its forthright presentation of the pitfalls of flashing yellow lights where male-female relations are concerned should make this a must-see and a subject of hot discussion at least among teens and young adults.

'Theater Camp' Sundance Film Festival Review: The Adirondacks Gets Its Due In Musical Comedy Directed By Molly Gordon And Nick Lieberman

The modest scale and non-big-star cast in the film that just debuted at the Sundance Film Festival present a significant plus going in, as more famous names would have tilted the scale in a misleading direction concerning audience expectations. Michelle Ashford, the creator and main writer for the long-running Masters of Sex TV series, and The Flight Attendant director Susanna Fogel have shaken and stirred Kristen Roupenian’s 2017 yarn into something outrageous and disturbing while at the same time altogether palatable. It’s a film that young women, in particular, will gather around like bears having just found honey.

The set-up and story for are, on the surface, extremely simple. Emilia Jones, who made her breakthrough in CODA, plays Margot, a 20-year-old student at an East Coast college lucky enough to have a nearby old-school movie theater that’s still in operation. Not all that much happens in the early going but Margot and her academic peers keep their little dramas engaging enough with their spark, spunk and collegiate smarts.

Margot sometimes works evenings behind the counter at the cinema and on one occasion chats with a tall, rather awkward fellow who seems to be a regular; this would be Robert, played by Nicholas Braun (Succession). Nothing of consequence is discussed and the entire encounter comes to nothing, and yet a connection of sorts has been made. The next time they meet, under identical circumstances, they will be better rehearsed.

Ashford’s dialogue is very good at giving particular voices distinctive qualities of their own and Jones is awfully good at delivering it; you’re on Margot’s side from the outset and hope for the best for her. The twosome’s second meeting leaves Margot ambivalent but willing to give it a go with this decidedly weird dude; you feel like telling her she can do a lot better than this and that he even seems like some kind of weirdo.

Sure, there’s theoretically nothing wrong with taking a shot with someone you don’t know well to see how it turns out and everyone makes mistakes once in a while. But this is not a film that cuts away just as things get genuinely intimate. Cat Person is unusual in its quite vivid presentation of bad sex; you just wish Margot could get out of there already, but she’s committed herself and so it goes. And the more you see Robert and get a full dose of his weirdness, the more uncomfortable the whole situation becomes.

Margot certainly couldn’t have imagined that this mistaken encounter would turn out the way it did, and one of the real virtues of Roupenian’s story is how effectively it conveys the unexpected residue of a disturbing sexual encounter. Robert’s clumsy physicality and even weirder comments make it quite clear that this is a guy to be avoided, and one of the film’s real virtues is how it quite clearly conveys what a selfish, inconsiderate, and — if you want the bottom line — inept lover he is, despite being noticeably older and presumably more experienced than his date. In this particular alone, it treads seldom traveled ground.

The film’s origins as a short story are very comfortably accommodated by the concise running time and one sees aspects of a particular sexual encounter that are rare and, therefore, revealing. It’s both disturbing and illuminating.

Cat Person, then, is a welcome arrival, a take on youthful sexual activity that you haven’t seen before, and the way it’s been made — with excellent but little-known actors and on an appealingly modest scale — feels fresh.