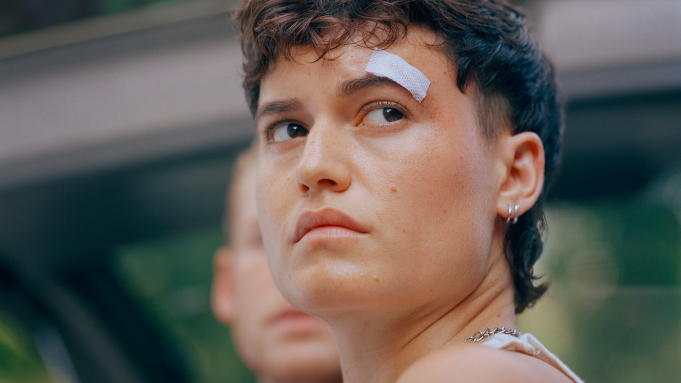 Although trans rights are now the subject of a simmering culture war in America and the U.K., that conflict is largely predicated on the increasing visibility of trans women at a time where self-ID is controversially becoming the norm. Stories of trans men, however, tend to go under the radar, and this remarkable New York-set debut from Chilean-Serbian director Vuk Lungulov-Klotz goes some way to redressing that imbalance. Featuring a pitch-perfect performance from Puerto Rican/Greek actor Lío Mehiel, so far mostly known for the Apple show WeCrashed and a number of shorts, U.S. Dramatic Competition entry Mutt feels like an important but — for reasons about to be explained — perhaps interstitial film in the history of LGBTQ+ cinema, being fully cognizant of the fact that it is set and was made in a between-time that reflects the lead character’s existential sense of limbo.

Its strength is that it goes for micro over macro. A recent comparison would be Eliza Hittman’s observational 2020 Sundance hit Never Rarely Sometimes Always, but, if we’re going to get really fancy, then perhaps early-’70s John Cassavetes — before he made his controversial foray into genre with The Killing Of A Chinese Bookie — would be equally suitable, being a full-color freeform character study that takes place in a loose 24-hour period.

Unexpectedly, trans director Lungulov-Klotz leans into his subject hard, opening the film with trans man Feña (Mehiel) running into ex-boyfriend John (Cole Doman) at a busy bar. The meeting is awkward, especially when John introduces her to a female cousin who asks, “Do you, like, have a dick now?” Feña says no, and part of the reason that Mutt feels interstitial is that, in the world of the film, just as in real life, there is a lot of explaining that still needs to be done (and will be done) about Feña’s sexual identity. At one point Feña snaps, “Liking men does not make me a woman, OK?” and nothing illustrates this viewpoint more clearly than the fact that he willingly has no-strings sex with John, who is intrigued by his former partner’s changing body and, more significantly, is still attracted to the person inside. (“It was complicated before,” John shrugs, “and we’ve made it more complicated.”)

The next morning Feña sets out to buy a morning-after pill, but he’s blindsided by the arrival of his younger sister Zoe (MiMi Ryder), whose image of him has been polluted by their estranged mother (“You left because you hate us,” she claims). It’s the start of eventful but never melodramatic day that ends with Feña collecting his Chilean father from the airport and taking him home, leading to a quietly emotional reunion that, as a portrait of two people trying to communicate across an unfathomable divide, rings soft and true without ever tugging at the heartstrings.

As a primer, Mutt works beautifully for those trying to get their heads around the ever-evolving concept of gender fluidity, and it’s certainly brave of the non-binary Mehiel to tackle that subject in such a head-on, soul-baring way. The big question, though, is where Mehiel will go next, and how cinema will adapt to find work for a fearless talent that doesn’t fit too easily into boxes.