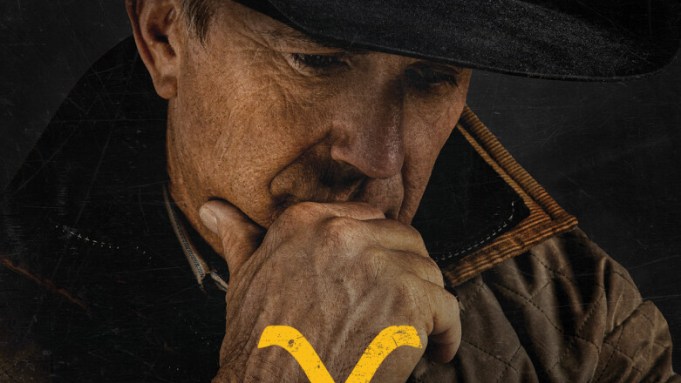 Warning, Spoilers Abound: The Taylor Sheridan Universe got back in business tonight with two Fifth Season debut episodes of Yellowstone, and the launch of Tulsa King. Latter is the comedy that has Sly Stallone as its aging mobster star, and Sopranos and Boardwalk Empire vet Terence Winter as show runner. This will serve as a short recap of Yellowstone, with a thought or two on the potential of Tulsa King. Yellowstone is a Paramount Network show, while Tulsa King will find its place on the streaming service Paramount+, both produced by 101 Studios.

Yellowstone begins with a recap in which Governor Lynelle Perry (Wendy Moniz) devastates black sheep Dutton son Jamie (Wes Bentley) by selecting his adopted father and Yellowstone ranch patriarch John Dutton to run for her vacated seat and be the next Governor of Montana, while she becomes a U.S. Senator. That gets us started with two episodes that give John Dutton (Kevin Costner) time to brood, Rip (Cole Hauser) plenty of chances to snarl, his wife Beth Dutton (Kelly Reilly) opportunity to preen and cut down with her sharp observation yet another man who dares approach her while she is drinking alone at a bar. It gives Jamie Dutton plenty of chances to wallow in shame and self loathing, and Kayce Dutton (Luke Grimes) another opportunity to screw up with his long suffering wife Monica (Kelsey Asbille) by placing the needs of his father above those of his own family. That leads to tragic circumstances.

'Yellowstone' Premiere: Kelly Reilly Reflects On Beth's Relationship With Jamie And Her Treatment Of Rip

John Dutton clearly has no interest in governing a state; if the citizens benefit from his zealous quest to keep developers from building an airport and trying to prevent the state from being “the rich man’s playground, and keeping wealthy West Coasters from building condos on his land, so be it. But nothing has changed since we saw Dutton take his dying father on a horse for a heart to heart with the old man making his son promise to not give an inch. If the greedy developers aiming for Yellowstone are going to take that land, it’ll be over his dead body. All to keep a promise that is cancerous to the children who follow him slavishly. He seems so reluctant that he has trouble taking the oath of office.

Here are the complications with Dutton’s plan to rule through self interest. First, he makes no attempt to do anything for Thomas Rainwater, who runs the Confederated Tribes of Broken Rock and who put aside his own quest to win back land for his people, in order to serve John Dutton’s interest. That included helping to figure out who ambushed Dutton and left him for dead on the side of the road, and firebombed the office of his daughter and tried to kill Kayce.

The other major problem is Beth’s unquenchable third for revenge against her brother Jamie, who as a youth brought her to a free abortion clinic for Native American girls, not blinking when told the doctors would give her a hysterectomy as well. This was an unforgivable action that haunts sister’s every step, especially since the father was a young Rip Wheeler, her current husband and a stone killer when he has to be. Beth brought Jamie to heel when the family discovered last season’s assassination attempt was arranged by Jamie’s murderous biological father (Will Patton). After Jamie shot dead his father and brought the body to the “train station” where corpses are tossed off the ledge, Beth took a photo of her brother carrying the body, planning to blackmail him if he gets even a bit out of line.

She is like a cat toying with a mouse, and it does make you wonder: if Jamie is willing to murder in cold blood the father he loved, and a journalist a season or two ago, why wouldn’t he kill the sister who takes pleasure in humiliating him at every turn? After all, murder is in his blood. When Jamie’s glum demeanor is pointed out to the rip shit pissed Caroline Warner, the chairman of Market Equities, she sees that he might be her only chance to salvage the airport, seize Dutton’s land and ruin what she calls “these hillbillies.” Beth is giving little motivation for her brother not to stray again. But also, if cops searched the “train station” for Jamie’s dad’s corpse on a tip from sis, might it not implicate her father and her husband, and others on the ranch who’ve used the station as a convenient dumping ground for enemies?

There are flashbacks to the tumultuous relationship between young Rip and Beth – their marriage continues to be one of the series’ high points — and much fun in the bunkhouse among the Yellowstone hands. There will be problems ahead, including when two of the ranch hands pick off wolves that have been attacking Dutton livestock. They find tags on the corpses, meaning the wolves wandered off state parkland, with their every movement tracked. Each wolf has nature-loving followers online, apparently and this has serious repercussions that clearly will be felt up the road.

Last comes Kayce, who ended last season going through a vision quest to try and ease his tortured existential crisis. He came away with a clear vision he had seen ‘the end of us,’ not specifically saying if that meant the Duttons, or Kayce and Monica. The livestock agent chases down a group of horse thieves before they cross the Canadian border. But there’s Monica at home, looking pregnant as possible and experiencing painful contractions even though she’s three weeks early. Kayce is far away, and she takes son Tate on an ill-advised ride to the hospital. Throw in a careless trucker coming the other way, and a giant cow that plants itself on the road, and the result is one of the most shocking deaths depicted on Yellowstone.

The child is dead and Tate tells his grandfather his name was John, for the hour or so he lived. It is simplistic to blame Kayce for not being home three weeks before his wife was expected to give birth. But given that Tate was previously kidnapped by vicious members of a militia, and that Monica last season had to shoot dead one of the assassins sent to Yellowstone to kill her and Tate, this woman has more reason than ever to take her son and get as far away as from the Duttons and their precious ranch as she possibly can.

John Dutton drops a bit of a bomb himself when he tells local businessmen he might put the ranch in a trust where it can remain unspoiled, even if it is out of his hands. Could that be a way to keep a promise to his late father?

The Taylor Sheridan-created comedy got mixed trade reviews this week, but I see a lot more potential here, beyond the fun of watching Sly Stallone play Dwight “The General” Manfredi. He is the fish-out-of-water mobster who after keeping his mouth shut through a 25-year prison sentence, is banished to Tulsa, Oklahoma and given free rein to set up a criminal enterprise there. The first episode is frivolous enough, as Manfredi clocks a made man (who craves revenge), unknowingly sleeps with an ATF agent who might be on his tail, finds a driver and begins to do what he does best: earn.

Soon he is making friends with the locals (Garrett Hedlund is particularly appealing as the owner of what becomes Manfredi’s fave cowboy watering hole), and talks the proprietor of a legal weed dispensary (Martin Starr’s Bodhi) into sharing his money in exchange for protection. From who, isn’t exactly clear, since the pot dispensary is a legal business. But by the second episode, Tulsa King builds some intriguing layers. Themes that show promise include narratives about imperfect fathers and their children, lost time, and menace (Max Casella spots Manfredi in a mall and is soon frantically making calls and it is unclear if he is in witness protection, or working up his own criminal plans). Plus, the promise of crime and Stallone beating the crap out of bad people, reluctantly.

Winter’s experience on The Sopranos and Boardwalk Empire might leaving you thinking they will be touchstones. There are comical moments that were part of both of those series and his script for The Wolf of Wall Street, but the promise here reminds me more of Get Shorty, the Barry Sonnenfeld-directed adaptation of the Elmore Leonard novel. Thinks of Stallone’s Manfredi as a mature version of John Travolta’s Chili Palmer, the loan shark who works his way to the top of the movie business using charm, extreme confidence, and the occasional right cross as his best tools. By the end of Episode Two, Manfredi has established direct connections with his pot dispensary owner’s marijuana farm, and makes a better long term deal. And he’s got more expansion ideas.

If this is not enough to tempt you to give Tulsa King a fair shot, consider the final three or so episodes of Mayor of Kingstown, in which Jeremy Renner found himself in the center of one of the most electric and shocking prison riots seen on a series in a good long time. Sheridan usually has something worthwhile up his sleeve.