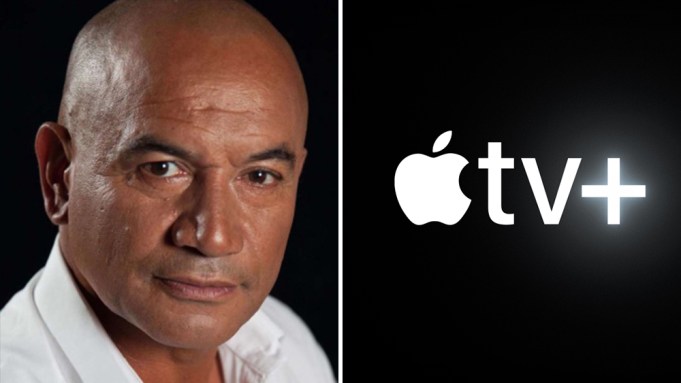 Temuera Morrison has joined the cast of Chief of War, Apple TV+’s  limited series starring, written and executive produced by Jason Momoa. It hails from Fifth Season and Chernin Entertainment.

Created by Momoa and Thomas Pa’a Sibbett, the eight-episode Chief of War follows the epic and unprecedented telling of the unification and colonization of Hawaii from an indigenous point of view.

Morrison will play King Kahekili, the King of Maui.

The role reunites Morrison and Momoa, who worked together on the Aquaman films. Morrison played Tom Curry, the father of Momoa’s titular superhero, in the 2018 film. Morrison reprises the role in the upcoming Aquaman and the Lost Kingdom, as well as The Flash, both set for release in 2023. On the television side, Morrison portrayed Boba Fett in the second season of Disney+’s The Mandalorian and currently portrays the character in spinoff series The Book of Boba Fett. Morrison is repped by Gabriella Rice at JR Talent Group, Toni Benson at Thirdhill Entertainment, Gabriella Larkin-Bruce at Robert Bruce Agency and attorney Joe Weiner.