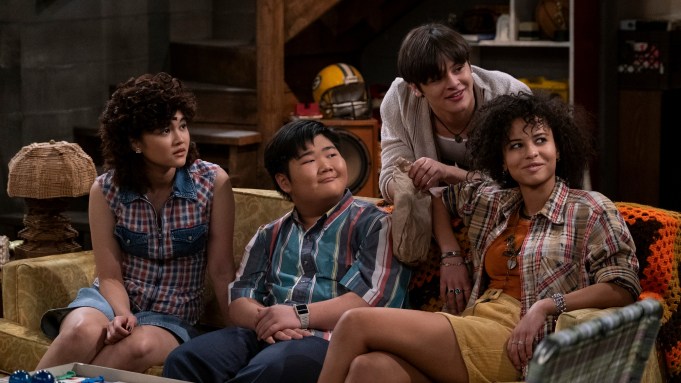 That ’90s Show made its entrance onto the Netflix Top 10 for the week of January 16 to January 22, after only three days on the service. The That ’70s Show spinoff series brought in 41.1M hours viewed, coming in at No. 5 on the list of most-watched English-language series.

Ginny & Georgia Season 2 is continuing to heat up the charts, staying afloat at No. 1 with 87.4M hours viewed in its third week. Season 1 also stayed on the list, coming in at fourth place with 43.3M hours viewed — being pushed out of the No. 2 spot where it sat last week by Vikings: Valhalla Season 2.

Wednesday remained at No. 3, racking up another 45.7M hours viewed. Also on the list were Vikings: Valhalla Season 1, Kaleidoscope, Emily in Paris Season 3, New Amsterdam, and Season 11 of The Walking Dead.

As for the film side of things, Dog Gone shot up from No. 4 last week to the top spot on the English-language charts this week. It drew 20.9M hours viewed, knocking The Pale Blue Eye out of the top spot. That film fell to second place with 12.7M viewing hours.

Glass Onion: A Knives Out Mystery held strong in third place, taking hold of another 12M viewing hours in the run up to Oscar nominations, where the film scored a nod for Best Adapted Screenplay on Tuesday.

The Hatchet Wielding Hitchhiker was No. 4 with 8.2M hours viewed, and Sing sat at No. 5 with 7.1M. Puss in Boots and A Quiet Place Part II both marked their first week in the Netflix Top 10 in the No. 7 and No. 8 spots, respectively. The former took home 5.9M hours viewed, while the latter notched 4.8M.

Also on the list were Roald Dahl’s Matilda The Musical, Trolls, and Disconnect: The Wedding Planner.