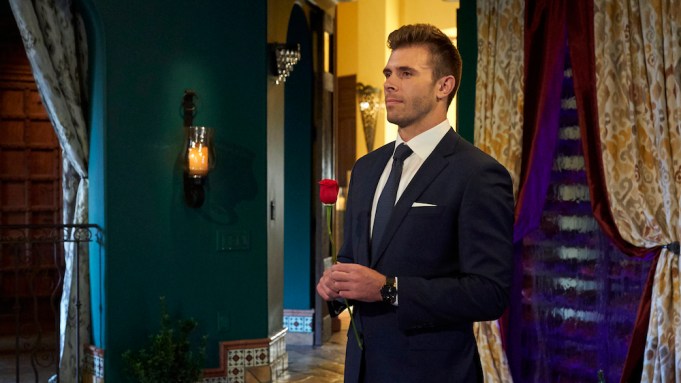 Season 27 of ABC’s The Bachelor kicked off as many seasons past, with plenty of heartfelt moments, some tears, and an earnest request from the Bachelor himself, Zach Shallcross, that the women vying for his heart lead with honesty and vulnerability.

It’s not the first time that’s been asked of the new contestants before their journey to find love begins. Honesty and communication are usually at the top of every Bachelor or Bachelorette lead’s list of necessary qualities in a partner. But actions speak louder than words, as they say, and Shallcross backed up his request with a somewhat unexpected display of openness during his interactions on night one in the mansion.

“I know that when I ask that of the women, it’s taking a risk,” Shallcross told Deadline. “To find that forever love, you have to put yourself out there and be emotionally open and vulnerable and honest.”

That’s not to say that it was easy. Shallcross — who first appeared on Season 19 of The Bachelorette — spoke with Deadline about how he put aside his fear to approach this season with honesty and how it felt to give out the roses this time, rather than be on the receiving end.

DEADLINE: Can you talk me through how you were feeling on night one this time around and how it compared to your first night on the other side of things on The Bachelorette?

They were totally different experiences. Night one last season on The Bachelorette, I thought I was actually going to throw up. I was so nervous stepping out of the limo. I forgot to say my name. I was like, ‘This night couldn’t have started any worse.’ It was the first time being around cameras ever, so it was just a lot to take in, and it never felt like, ‘Alright, I’m supposed to be here.’ This time, the nerves were always there. As everyone saw at the live finale, I was shocked to even hear my name being said as the Bachelor. That was a lot to take in, and it didn’t register till honestly night one to where I remember being outside, seeing Jesse before the first limo pulled up. And I’m like, ‘Wow, I’m really here in this position right now. I’m beyond grateful, and you know what? Screw it. I deserve this.’ I had this calmness, this confidence throughout the night that it was just like, I’m just gonna be myself and have fun with it. So it was two totally different feelings where [this time] I was really confident in my own skin, and that was a great feeling to have.

DEADLINE: As if fairly typical with the first night in the mansion, there was some tension and some tears. Were you expecting that? And how did you work through how to handle it?

You know, I don’t know what I was fully expecting. I really didn’t go into that night with any crazy expectations, any rules or any specific ways to go about it. [Instead I tried] taking everything literally moment by moment, because it’s just so much going on. I would just make myself go crazy if I tried to do it a certain way. There were some situations that I didn’t expect to be put in, and all I really relied on was like, ‘Okay, what feels right to me? What is my gut telling me about how to handle this?’ And just doing that, trying not to ever act out of character, because how else can you navigate this unless you’re being true?

DEADLINE: You made it very clear that honesty and communication are important to you, and it seemed like you were willing to give that right back to them. But I assume that’s easier said than done, being vulnerable with 30 women in front of cameras.

Oh, yeah, it’s hard. I know that when I ask that of the women, it’s taking a risk. To find that forever love, you have to put yourself out there and be emotionally open and vulnerable and honest. It adds a different element when you’re followed by tons of camera crews, but there comes a point where you forget about it, because you know what you want at the end of this. If it’s there, that’s amazing, but you can only get there if you’re willing to be open and honest, even if it’s in front of a camera. So that was what I preached all along as a constant reminder for myself.

DEADLINE: We see you get some advice from Sean Lowe in the premiere. Is there anyone else, whether in Bachelor Nation or not, whose advice you relied on?

Jesse always was someone that supported me through everything. So if I had any questions or any fears or doubts,I would always just throw questions at him and ask him things, and he was always there. So I appreciate that. I did get some advice, obviously from my family. My uncle Pat gave me some advice going into this whole thing, and he’s had some experience being on TV, but it all helps. I mean, more important than the advice, it’s the support.

DEADLINE: Looking back at your experience, now that it’s about to air for the world, would you change anything?

To get to this point, it was a lot of craziness, a lot of ups and downs and things that definitely could have gone different and better, I’d say. But all in all, I wouldn’t trade it for how I’m feeling now, which is very happy.