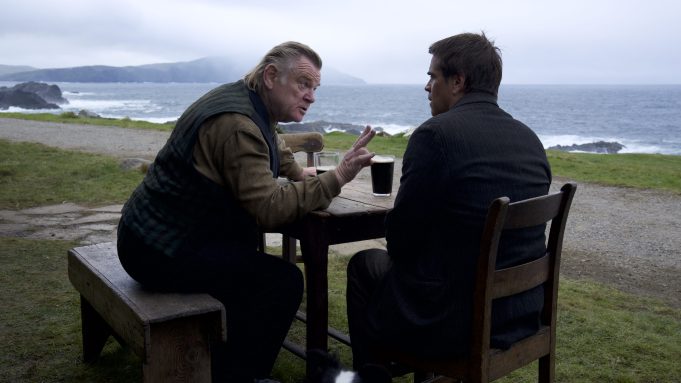 Searchlight Pictures’ The Banshees Of Inisherin opened to an estimated $181,000 and a raring per screen average of $45,250, beating Tár’s impressive $40,000. Both opened in four locations and now rank no. 2 and no. 3 for an indie per-theater gross this year after A24’s Everything Everywhere All At Once. That film’s in a class of its own with an April opening PTA of over $50k on many more screens and a $100 million+ worldwide grosses. But Banshees is the latest in a wave of strong limited openings this month from Decision To Leave to Triangle of Sadness to Aftersun to Till making the case for an arthouse revival. Case made.

“It’s really cool, it looks like there are a number of specialty films that are out there and doing well. It’s not the old numbers we used to get — like $75k, $80k, $90k per screen. Those will come back, someday, at some point. But there are a lot of seats being filled in the arthouse,” said Searchlight distribution chief Frank Rodriquez. “The patient is healthy.”

It expands to 50 theaters in 11 to 12 more markets next week, including Austin, Boston, Chicago, Denver, Phoenix, Portland, San Diego, San Francisco, Seattle, Toronto, Montreal and Vancouver, then moves to 600-800 locations thereafter. Banshees world premiered last month at the Venice Film Festival where it won Best Screenplay for McDonagh and Best Actor for Colin Farrell. Awards buzz could propel it wider.

“Once you get a big story in Los Angeles and New York the first weekend, and hipster and cool theaters in other cities the next weekend — and the fact that it’s won a few awards in a few festivals — then people will be talking about it,” Rodriquez said, noting the film, also starring Brendan Gleeson, is trending younger than the distributor originally predicted.

Submarine Deluxe released Cannes awarded-winning documentary All That Breathes by Shaunak Sen in one location, grossing $8,177.

Kino Lorber debuted the Nina Menkes doc Brainwashed: Sex-Camera-Power in two theaters for a gross of $8,032 and a per theater average of $4,016.

Sony Pictures Classics opened doc The Return of Tanya Tucker – Presented by Brandi Carlile on four screens for a gross of $9,358 on and a per screen average of $2,340.

Till world premiered at the New York Film Festival Oct. 1 and opened last weekend at $15k per theater at 16 locations. Lomis said the hope is to “approach a tipping point with word of mouth as it goes wide, and it will all come together.” The Chinonye Chuckwu film is 99% Rotten Tomatoes’ Certified Fresh with critics and audiences.

Mubi’s Park Chan-wook film Decision To Leave jumped from three screens to 48 in week two, expanding in NY and LA and adding other key markets, for an estimated weekend gross of $296,436, a PSA of $6,176 and an estimated cume of $437,116. The film opened last weekend to $90.7k on three screens for a per screen average of $30,243 — the highest PSA for the director of Oldboy and The Handmaiden. The romantic thriller was number one in the complex at several new opening locations including Alamo Drafthouses in LA and San Francisco, both the Coolidge Corner and Landmark Kendall Square in Boston, and Seattle’s SIFF Uptown.

Focus Features’ Tár played 141 total theaters across 42 markets for a three-day estimate of $470,000, a PSA of  $3,300 and an estimated cume of $1.2 million. The Cate Blanchett-starrer by Todd Field will continue to expand into the marketplace next week.