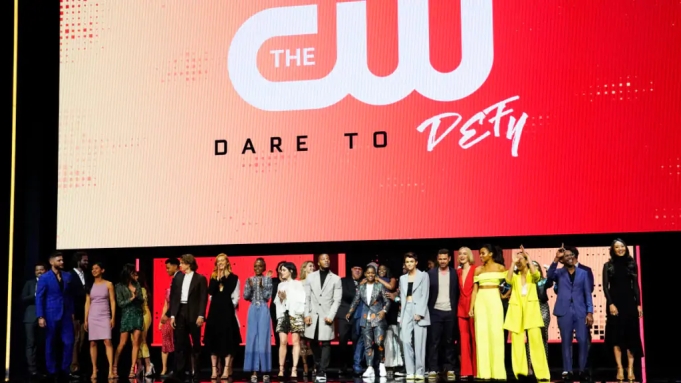 Less than a month after Nexstar Media closed a deal to take 75% ownership of The CW, the broadcast network has been hit with dozens of layoffs.

The exact number of departures is still becoming clear, but one person with knowledge of the situation pegged it at about 30 to 40. While Nexstar is known for local stations, the company also operates NewsNation, which it overhauled and reformatted from its prior incarnation, WGN America, after acquiring Tribune Media in 2019. The lower cost profile of news programming, a distinctly different neighborhood from the scripted fare that was briefly WGNA’s specialty, was the driving motivation of the makeover.

In recent weeks, the senior leadership team that guided the CW when it was a 50-50 joint venture of Warner Bros and CBS (or, more recently, Warner Bros Discovery and Paramount Global) had already departed. The exit of Paul Hewitt, longtime head of corporate communications, was announced earlier today. Dennis Miller, a former venture capitalist and media executive, has been installed as the new head of the CW.

Even more than in most M&A deals, it is Nexstar’s mission to aggressively slash operating costs in order to make the deal make sense. Strategically, it fits Nexstar’s nation-leading portfolio of local TV stations, which includes the largest number of CW affiliates controlled by a single owner. But the Texas-based company hasn’t waxed nostalgic for the network’s free-spending Gossip Girl heyday, instead telegraphing to Wall Street and its investors that it intends to move forward with a more streamlined operation focused on unscripted programming, news and sports.

In exchange for 75% ownership of The CW, Nexstar paid no upfront considerations, instead agreeing to take on the network’s debt. During a conference call with analysts last August prior to the deal close, execs projected The CW would turn a profit by 2025. (Paramount and WBD are remaining stakeholders, with 12.5% apiece.)

CFO Lee Ann Gliha said it is “not typical for fully-distributed broadcast or cable networks” to be in the red. In fact, citing SNL Kagan data, she asserted that “no other broadcast network operates at an ongoing loss.”

A significant reduction in expenses will be a centerpiece of the new owner’s turnaround plan. “You know us,” Gliha told analysts on the call. “We are profit- and cash-flow-focused and expect this asset to achieve profitability.”

Nexstar is slated to report its third-quarter earnings on November 8.