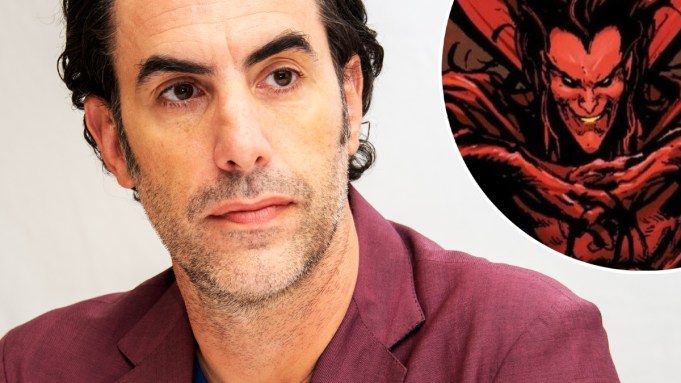 Speculation has been growing that Sacha Baron Cohen has entered the Marvel Cinematic Universe with a role in Marvel Studios’ upcoming Disney+ series Ironheart as a comic book villain.

A source close to the production confirmed to Deadline that there has been talk on the set about Cohen being part of Ironheart, possibly playing Mephisto. Reps for Marvel and Cohen have refused to comment on any Cohen involvement in Ironheart or the larger MCU.

Like with any major Marvel characters, word is that Cohen would appear in other projects. If the Mephisto alter ego is confirmed, that could include the upcoming WandaVision spinoff Agatha: Coven of Chaos as Mephisto had a presence (but was never shown) on the praised mothership series starring Elizabeth Olsen.

Word of Cohen’s potential Marvel involvement started spreading on social media this past weekend when multiple comic-focused Twitter accounts reported on the rumor of Cohen’s casting as a villain, with attention ultimately focusing on Mephisto as the lead theory for his role.

Best known for his docu-style comedy movies, most notably the hit Borat franchise, Cohen also is an Oscar-nominated actor for his performance in Aaron Sorkin’s The Trial Of the Chicago 7. He is attached to star in Disclaimer, an Apple TV+ series written and directed by Alfonso Cuarón, based on the 2015 novel of the same name by Renée Knight.