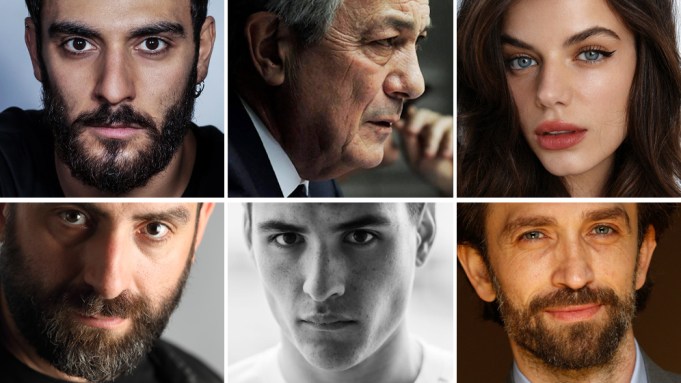 The actors join an ensemble led by Denzel Washington which also includes Dakota Fanning, and Gaia Scodellaro, as previously announced.

While the film’s plot is being kept under wraps, it’s the third in an action series centered on Washington’s vigilante Robert McCall, from director Antoine Fuqua. The first released in 2014 earned over $194M worldwide, spurring a 2018 sequel that grossed over $190M worldwide.

Mastrandrea can currently be seen opposite Zoe Saldana in Netflix’s limited series From Scratch, based on the novel of the same name written by Tembi Locke. The actor made his debut on the big screen in the cult film A.C.A.B., directed by Stefano Sollima. He is also the male protagonist of the Rai series La Fuggitiva, directed by Carlo Carlei.

Ammar is a French-Tunisian actress, model and singer best known for her role as Liv McKenzie in Paramount Pictures’ 2022 edition of Scream, directed by Matt Bettinelli-Olpin and Tyler Gillett. She made her acting debut in 2012 in the stage musical 1789: Les Amants de la Bastille, before going on to appear alongside Guillaume Canet and Lou de Laâge in the French-Canadian film Jappeloup by Christian Duguay.

Perrone made his debut on the big screen with Giuseppe Tornatore’s Baaria, for which he was nominated for Best Supporting Actor at the David di Donatello Awards. His other credits include Sky’s series A casa tutti bene, directed by Gabriele Muccino, and the series La mafia uccide solo d’estate, directed by Luca Ribuoli and written by Pif, where he played the real mafioso Totuccio Inzerillo.

Scarduzio will next be seen in Mission: Impossible – Dead Reckoning Part One. Other notable credits include Will Wallace’s Cake, Jean-Claude La Marre’s Color of the Cross, Peter Greenaway’s Walking to Paris and Roland Joffe’s Project: Icon. The actor has also previously been seen on series including Nat Geo’s Genius: Picasso and Fox’s ‘Til Death, starring Brad Garrett and Joely Fisher.

Dodero is known for the Sky TV series Blocco 181, directed by Giuseppe Capotondi, and The Good Mothers, directed by The Crown‘s Julian Jarrold.

Ammar is repped by Agence Osmose in France, UTA and Artist International Group; Perrone by Italy’s TT Agency; and Scarduzio by the UK’s Imperial Artists Agency.