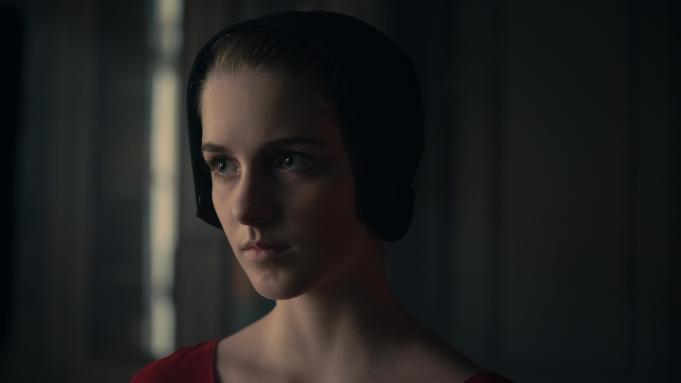 Mckenna Grace has revealed she recently underwent spinal surgery, a situation which coincided with a hospital stay her The Handmaid’s Tale character Esther experienced in Season 5.

She shared the news via Instagram on Wednesday, a day after the Hulu series wrapped its penultimate season.

“A month in between the videos and the pictures. It’s been one month since my spine surgeon, Dr Skaggs at Cedars-Sinai literally changed my life,” she captioned a video. “Occasionally, life imitates art and the night my episode of Handmaid’s Tale where I was in a hospital bed came out, I was actually in a real hospital bed.”

‘The Handmaid’s Tale’ Boss On Season 5 Finale, Plans For June’s Conclusion & ‘The Testaments’

Esther, who made her debut in Season 4, found herself in a hospital bed in the episode titled “Together” which aired on October 12. Faced with having to get a hysterectomy, Esther’s surgery is halted abruptly when the doctor confirms she is three weeks pregnant.

Grace did not reveal the reason she had to undergo surgery, but promises to share details in the future.

“Social media only reflects what we want people to know-often we don’t see the ugly, hard, less-flattering sides of a person and their life,” her caption continued. “For me, it’s been easier to hide my struggles and insecurities and maybe write about them in songs, but that didn’t fix them. I’m def going to elaborate more about all of this because my life and who I am and want to be was truly changed…”