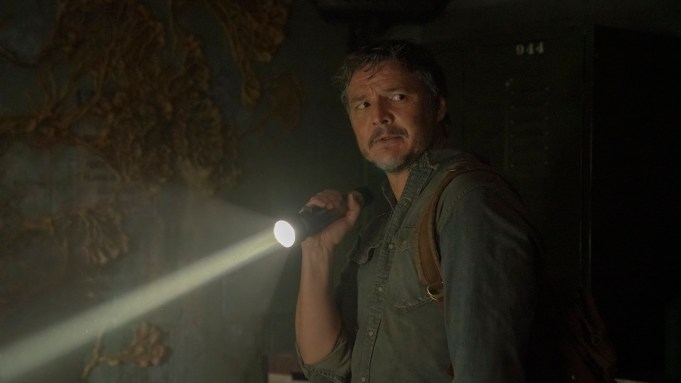 Pedro Pascal as Joel in ;The Last of Us’
Liane Hentscher/HBO

SPOILER ALERT: This article contains details from episode 2 of HBO’s The Last of Us.

After narrowly escaping the confines of the strict Boston quarantine zone with their lives intact in the first episode, on continues the dangerous adventures of Joel (Pedro Pascal), Tess (Anna Torv) and Ellie (Bella Ramsey) in the second episode of HBO’s live-action adaptation of The Last of Us. “Infected,” directed by video game creator and series co-writer Neil Druckmann in his debut, takes a nearly beat-by-beat approach from the source material while injecting thrilling excitement for general audiences and eagle-eyed gamers alike. Druckmann’s use of fun camera techniques, such as manipulating the depth of field and employing close-ups with shaky cam movements, makes it feel like the audience is alongside the characters on their daunting journey.

Speaking of which … what is the gang about to get into? Let’s discuss.

Oh no, just when we thought time jumps were over, we are spirited away yet again to 2003. However, this time, we arrive in Jakarta, Indonesia, where Ibu Ratna (Christine Hakim), an esteemed professor of mycology at the University of Indonesia, examines a mysterious sample of Ophiocordyceps under a microscope. It’s just another member of the larger Cordyceps fungi family, but what was it doing here and why is everyone so afraid of it? When Ratna’s informed that the sample was taken from a human subject, she quickly dismisses the notion; it’s simply impossible for Cordyceps to thrive in humans.

And yet… when a team of government officials take her to an observation room, where the body of an infected dead woman lies on display, Ratna has one hell of a wake-up call. When Ratna punctures the woman’s bite wound with a scalpel, she’s not greeted with a gush of blood but instead a patch of mossy Cordyceps. Super gross. Still confused about what she’s seeing, Ratna then checks the woman’s throat with her forceps and is horrified to find a different patch of stringy fungal cords writhing around, looking for a new host. She immediately drops her tools, heads out of the room, and tells the officers to “bomb the city and everyone in it.” No vaccine or medicine can help combat this sudden, unprecedented outbreak.

Now we jump back to the present timeline in 2023, where we last left Tess, Joel and Ellie as they continue to make their way toward the Massachusetts State House. Ellie wakes up under observation by Joel and Tess, who have their guns pointed at her. Once again, Ellie explains she’s not infected and shows them her aged scar as a reminder. See? It’s three weeks old and it hasn’t mutated. Tess is intrigued by the phenomenon. As for Joel? Well, he’s ready to pull the trigger on her if she so much as twitches.

Under duress, Ellie divulges the rest of Marlene’s top-secret plan. Supposedly, a medical base camp out west is trying to make a vaccine, and she figured Ellie’s immunity would significantly help their efforts. Joel still stubbornly calls bullshit, but Tess convinces him to continue the mission because without delivering Ellie to the State House Fireflies, they won’t get the supplies they need to track down Tommy—which was Joel’s original plan sans Ellie anyway.

As they forage through the decayed city’s unkempt foliage, they hit a fork in the road. They can get to the State House the long way by traversing collapsed highways and buildings, or they can do the “we’re f**king dead way,” as Tess calls it, by taking a shortcut straight through the middle of the city, leaving them overexposed to wandering infected. Joel decides to take the girls on a trip through the city museum. (We love a man of culture.)

Before stepping in, Tess explains to Ellie that the fungus grows underground, so it’s important to be careful where they step. Because if they step on a patch of Cordyceps in one place, they can wake up hordes of infected from somewhere else and alerting the hivemind to their exact location would make it nearly impossible to avoid them.

The trio soon finds out that entering the museum was a mistake. The building is swarming with Clickers, a specialized breed of infected that have lost their eyesight but use echolocation to find their victims. Joel warns Ellie as they proceed further into the museum, “From this point on, we are silent. Not quiet. Silent.” But, of course, nothing ever goes to plan. Split up and cornered in the museum, each trio member has a terrifying encounter with a Clicker before they are brought back together again. Phew!

Finally, the group makes it to the State House. But something is terribly wrong when they get there: all the remaining Fireflies are freshly dead from infection. Who can they give Ellie to now? Disappointed by the botched mission, Joel suggests they all go back to the Boston QZ. Tess then reveals that she can’t go back; she was bitten during her struggle at the museum. Devastated, Joel forgets the first rule of Zombie Fight Club, never disrupt the Cordyceps hivemind. Joel shoots a nearby infected Firefly, whose death triggers a rabid horde of other infected to make a run for the State House. Joel and Ellie have to move quickly, or they’re dead. Using the Fireflies’ supplies, Tess creates a trap by spilling gasoline all around the floor of the building. In her last words to Joel, she begs him to keep Ellie safe and to take her to their friends Bill and Frank. Joel and Ellie manage to make it outside of the building just as a gang of infected swarm Tess. The building blows up successfully, and a remorseful Ellie looks back at the wreckage.

What a doozy of an episode! Will Joel keep his promise to Tess? And will Bill and Frank be able to assist Joel and Ellie with the next part of their mission if so?

What did you all think?