The Voice was Tuesday’s highest-rated primetime show again this week, earning a 0.7 demo rating and 6 million viewers, per Nielsen fast affiliates. However, NBC’s singing competition fell a tenth in the demo from last week and lost about 9% of its viewership.

Coming in second ratings-wise was the latest installment of ABC’s The Bachelorette (0.6, 2.6M), which was steady with its previous episode. Last night featured Michelle Young’s young students, who helped her pick her final four.

Earning the second-most viewers was a rerun of FBI on CBS, which opted for another night of repeats heading into the Thanksgiving holiday. CBS also saw repeats of FBI: International and FBI: Most Wanted.

Fox peaked with a new episode of The Resident (0.3, 2.89M), down from last week. The medical drama was followed by a repeat of The Masked Singer.

The night came to a close with new episodes for NBC’s New Amsterdam (0.4, 3.32M) and ABC’s Queens (0.2, 1.07M). New Amsterdam was steady, but Queens fell in the demo and viewers week-over-week to hit series lows in both counts. 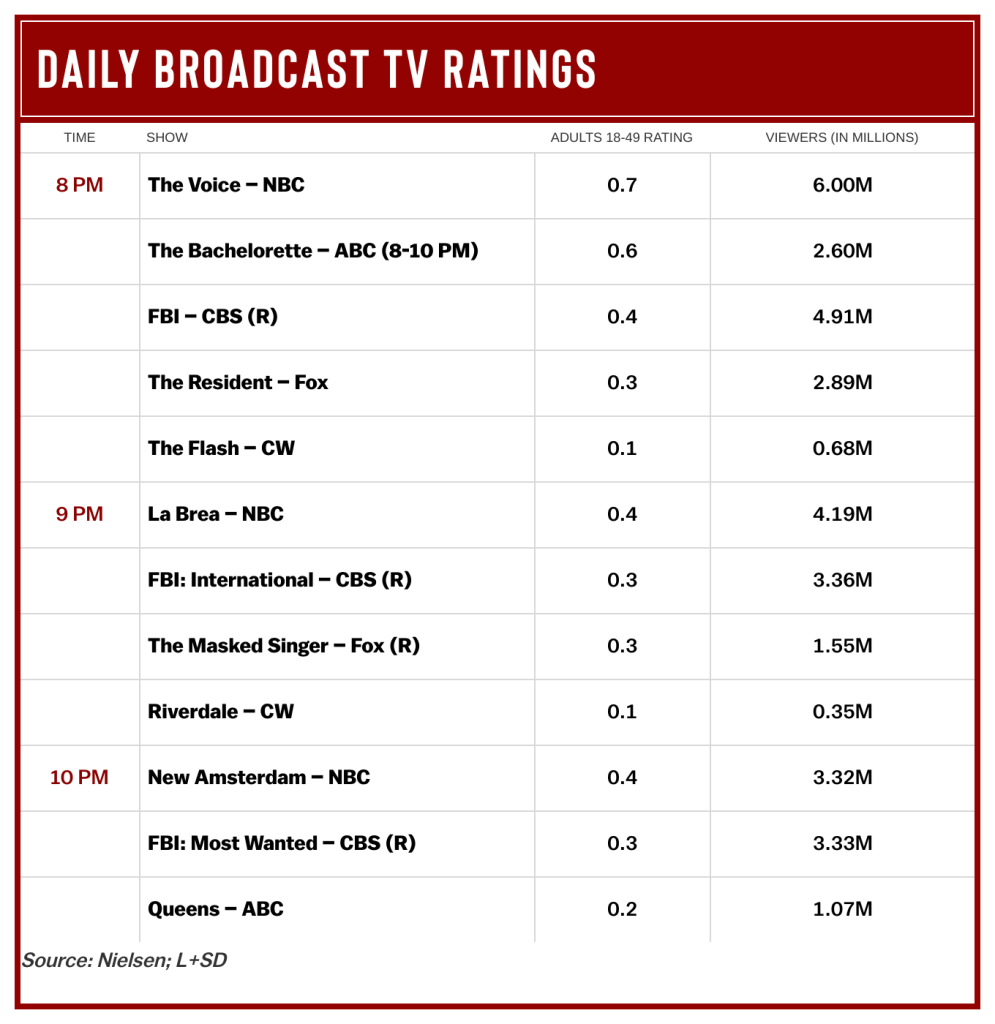