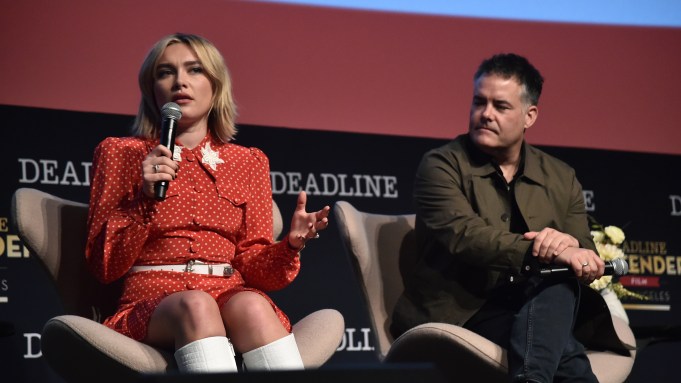 The Wonder director Sebastián Lelio and star Florence Pugh joined Deadline’s Contenders Film: Los Angeles awards-season event to talk about their Netflix film and the power and fanaticism of faith.

The film is a psychological period drama that follows an English nurse’s immaculate investigation in the Irish countryside. Set in 1862 Ireland, Lib Wright (Pugh) is brought to a small religious village to investigate the validity of a young girl (Kíla Lord Cassidy) who has claimed to have survived without eating for months by the grace of God. Tom Burke, Ciarán Hinds and Elaine Cassidy also star.

Pugh explained how she interpreted the challenge of embodying a stringent female nurse who aims to dismantle the religious beliefs in a patriarchal town.

“For me, before anything, it was really important to figure out who [Nurse Wright] was.” Pugh said. “Lib is a Nightingale nurse, and during that time, Nightingale nurses were seen as the purest people. They were almost higher than being a woman during that era. Women were narrow, they didn’t belong to anything. They belonged to their husband and they were sold with property. And to be a Nightingale nurse meant you were actually listened to. So for me, it was always interesting in this story, that no matter how qualified she was, no matter how educated she was, no matter how many lives she’d saved, these men still didn’t want the answer because it wasn’t correct to what they were expecting.”

Although the film is based on co-writer Emma Donoghue’s fictional book of the same name, the main crux of the story is steeped in truth. In the 19th century during the Great Famine, Ireland saw a rise in cases and deaths of young girls and women, known as “fasting girls,” who claimed to be able to go without eating for months by only subsisting on a God-like substance called manna.

Lelio explained that his own background in Catholicism and intrigue in the relationship between conviction and reason drove him to make the film.

“I grew up in the south of Chile during dictatorship in a very Catholic country. So I have my connections to the story, but then I read the novel and really loved it,” he said. “My first connection was with the two women at the center. Florence’s character, this rationalist confronting this community of fervent believers, somehow operating that belief system of a deformed reality so it fits what they believe up to the point that maybe a girl could die because of that. I thought that was very 2022, faith versus science or nationalism versus magical thinking. So the relationship between the two women was very moving, very unique. The girl trapped in this community that is willing so desperately for her to be a miracle, and somehow they have to somehow save each other. And I thought that was beautiful to portray in the film.”