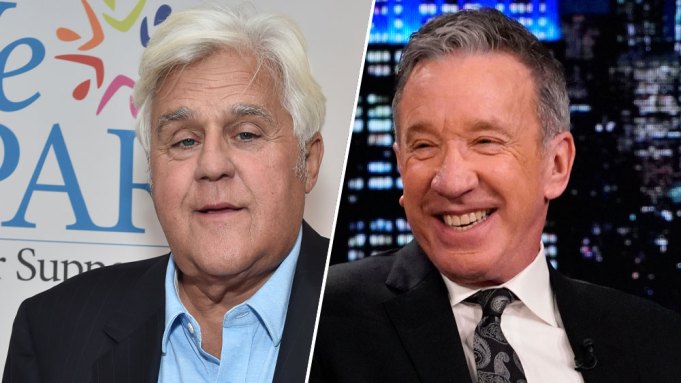 Jay Leno suffered burns following an accident with one of his cars and after being released from the hospital, fellow comedian and friend Tim Allen gave an update on his health condition.

To promote his new Disney+ movie The Santa Clauses, Allen made an appearance on The Tonight Show starring Jimmy Fallon where he talked about Leno.

“He’s great. He’s one of those heroes, remember the Deadpool villain who couldn’t feel pain? He’s that guy,” Allen said.

The Home Improvement alum said that his car shop is close to where Leno’s shop is at. He had called Leno the day of the accident and because he was in the hospital, Allen left a message.

Leno confirmed he had gotten in a bad accident and told Allen he was “burned all over” with “third degrees burns in my hands and the face and everything.”

Allen asked Leno what he was doing and the former late-night host told him he was holding the phone, although it was “really painful” but was not taking any painkillers.

“He’s just an amazing human being. He just wanted to get out of the hospital and it was one bit after another,” Allen added.

Allen continued, “He said he’s good with the Clooney look and he looks really good considering the grafts he’s got. The picture today, it’s amazing what they can do. The hospital did a great job.”

Watch the Allen interview on The Tonight Show in the video posted below.