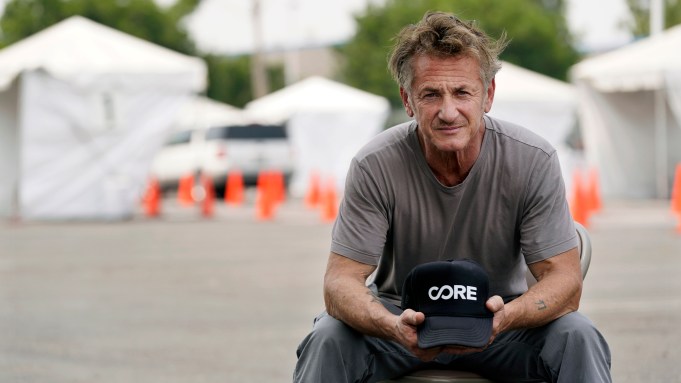 The Television Academy will honor Sean Penn with the Bob Hope Humanitarian Award and induct six new legends into its Hall of Fame in November.

After the 2010 earthquake in Port-au-Prince, Haiti, Penn founded the Community Organized Relief Effort (CORE) and has since expanded its mission to bring community-focused aid and recovery to underserved populations across the globe, while maintaining operations in Haiti. He also worked with the Los Angeles Fire Department at the onset of COVID-19 and staffed up to operate mass testing and vaccination sites at Dodger Stadium and other sites around the country as well as to activate a nimble, mobile response to reach the most underserved groups. More recently, CORE has deployed a long-term humanitarian response in Ukraine and the surrounding region and has programs in coordination with local partners to support the urgent needs of communities suffering from natural disasters in Puerto Rico, Florida and Pakistan.

The humanitarian award was established in 2002 to honor an individual whose philanthropic efforts exemplify Bob Hope’s own decades-long altruism and positive impact on society.

“Sean’s activism and immense humanitarian efforts have had a profound impact on the global community, and he has effectively used his platform to motivate change,” said Kim Coleman, co-chair of the Humanitarian Award Selection Committee, in a statement.

“Sean is responsible for getting help to people who need it the most. From Haiti to Ukraine to Los Angeles, he is an inspiration to us all,” added co-chair Michael Spiller.

“These legendary performers, creators, craftspeople and television executives are luminaries in our industry. Their work has influenced and immeasurably elevated the current television landscape and culture,” said Frank Scherma, chairman and CEO of the Television Academy. “We are proud to induct these trailblazers into the Hall of Fame and honored to celebrate their extraordinary contributions to our industry.”

“This year’s honorees have told the American story through television in ways that will forever shape our history and culture,” said Rick Rosen, Hall of Fame Selection Committee chair. “Whether they reshaped the industry itself through visionary leadership or created pieces of work that have had a lasting legacy, these individuals will forever be remembered for the impact they’ve had on the medium; and the Television Academy is proud to enshrine that.”

The Hall of Fame event will take place Wednesday, Nov. 16, at the Television Academy’s Saban Media Center and includes the unveiling of new busts of previous inductees, the induction of the 2022 Hall of Fame recipients, and the presentation of the Bob Hope Humanitarian Award.