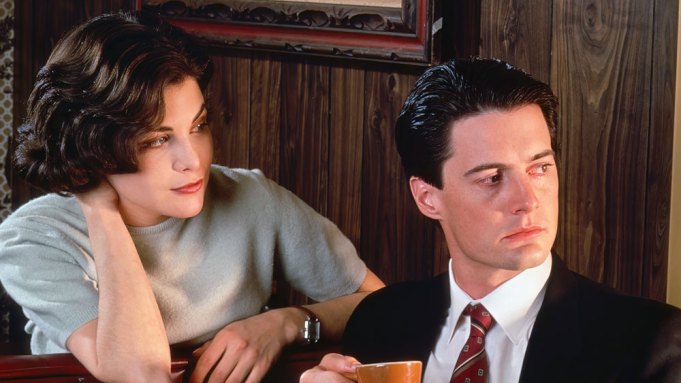 The cast of Twin Peaks reunited over the weekend to wine and dine and catch up with old friends.

Mädchen Amick shared the photo of the cast on Instagram which had many of the stars of the ABC drama series created by Mark Frost and David Lynch. The group picture included Danna Ashbrook, Sherilyn Fenn, Kyle MacLachlan, Sheryl Lee and Kimmy Robertson.

Brook also shared the picture and captioned it with the following: “A few of my favorite people on earth…”

The cast was all together as they attended Spooky Empire in Orlando Florida which took place between October 21 and October 23 at the Orange County Convention Center.

Twin Peaks premiered on ABC in 1990 and ran for two seasons on the network for a total of 30 episodes. After its initial run, a feature film was produced in 1992 titled Twin Peaks: Fire Walk with Me, which served as a prequel to the mystery series.

Following a cult following for the series, books that tied into the story were released including “The Secret Diary of Laura Palmer.” The show returned in 2017 for a third season on Showtime which consisted of 18 episodes.