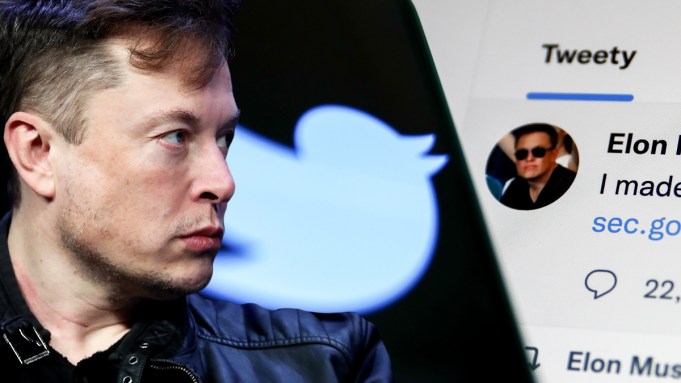 New Twitter CEO Elon Musk is now officially in charge of the service, acccording to numerous reports, as his $44 billion acquisition has officially closed.

Musk had to close his deal by Friday or face a court battle over the delay.

Musk moved today to assure advertisers on what to expect going forward. He said the service would not be “a free-for-all hellscape, where anything can be said with no consequences!”

“The reason I acquired Twitter is because it is important to the future of civilization to have a common digital town square, where a wide range of beliefs can be debated in a healthy manner, without resorting to violence,” Musk said in the message. “There is currently great danger that social media will splinter into far right wing and far left wing echo chambers that generate more hate and divide our society.”

Musk arrived at the Twitter headquarters earlier this week carrying a sink. He posted, “Entering Twitter HQ – let that sink in!”

The deal closing brings an end to a legal battle that saw accusations traded over spam bots, content moderation, and company policy in general. Musk at one point tried to back out of the deal, saying that the audience he thought he was buying contained a lot of false “bot” customers. He claimed Twitter was feeding him only part of the information needed on that front.

Twitter’s largely liberal audience has recoiled at some of Musk’s statements on free speech. There has been speculation that former President Donald Trump would be invited back (Trump said he wouldn’t), but others banned from the service may be resurrected.

Such practices as “shadow banning” and limiting the audience for certain commenters may also change under the new management.