EXCLUSIVE: A reboot of the 1992 hit Steven Seagal action movie Under Siege is underway at Warner Bros. with Timo Tjahjanto directing and Umair Aleem writing. The duo, I hear, collaborated and developed the pitch together with the movie being planned to stream on HBO Max. 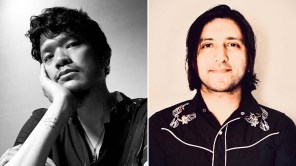 There’s no word yet if Seagal will reprise his role as Casey Ryback, the ex-Navy Seal turned cook who was the only person in that movie to stop a group of terrorists from taking control of a U.S. battleship. The movie, directed by Andrew Davis, grossed over $156M WW when it was released and spawned a 1995 sequel Under Siege 2: Dark Territory which minted over $104M-plus WW. Tommy Lee Jones and Gary Busey starred in the first movie.

Indonesian filmmaker Tjahjanto got his start by directing the V/H/S/2 segment “Safe Haven”. He went on to direct The Night Comes for Us and May the Devil Take You, both titles which premiered at Fantastic Fest and are available on Netflix. Previously he wrote and directed Killers, Headshot and Portals. Tjahjanto is currently attached to direct Last Train to New York, the remake of the Korean hit Train to Busan for New Line. Atomic Monster and Gaumont are producing that feature alongside Gary Dauberman who wrote the script. Tjahjanto is also developing Lil Red with Christina Hodson, 8711, and Lucky Chap.