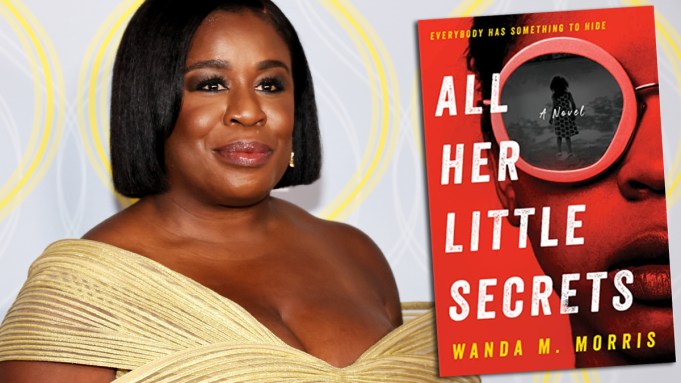 EXCLUSIVE: Showtime is developing All Her Little Secrets, a one-hour limited series drama based on Wanda M. Morris’ bestselling novel, starring and executive produced by Emmy winner Uzo Aduba. The project hails from writer Aurin Squire (Evil) who penned the pilot, Deniese Davis’ Reform Media Group and CBS Studios, where both Aduba and Squire are under overall deals.

The limited series, based on Morris’ novel, centers on Ellice Littlejohn (Aduba), a Black female lawyer rising to the top of the corporate ladder. When she gets caught up in an affair and a mysterious conspiracy that puts her at risk of being the primary suspect and the next target, Ellice’s perfect façade starts to crumble as she scrambles to hold onto all she has earned, protect her family and stay alive. Timely themes of race, class, gender and power are explored in this fast-paced, mystery thriller.

Aduba is a three-time Emmy winner, two for her portrayal of Suzanne “Crazy Eyes” Warren on Orange Is the New Black, for which she also won two SAG Awards, as well as for the role of Shirley Chisolm on Mrs. America. Aduba is repped by Entertainment 360, UTA and Schreck Rose.

Published by William Morrow Paperbacks in November 2021, Morris’ praised All Her Little Secrets was highlighted on the Amazon Book Review list of Fall mysteries and thrillers, the LA Times list of the same, and the year-end New York Times Thrillers list. Her prequel novel, Anywhere You Run, will be published on October 25, 2022.

Squire is a co-executive producer on Evil and The Good Fight under Robert and Michelle King. He was also previously staffed on This Is Us. Squire is repped by UTA, Grandview and Jackoway Tyerman.

Davis is repped by CAA.

Deniese Davis is repped by CAA.