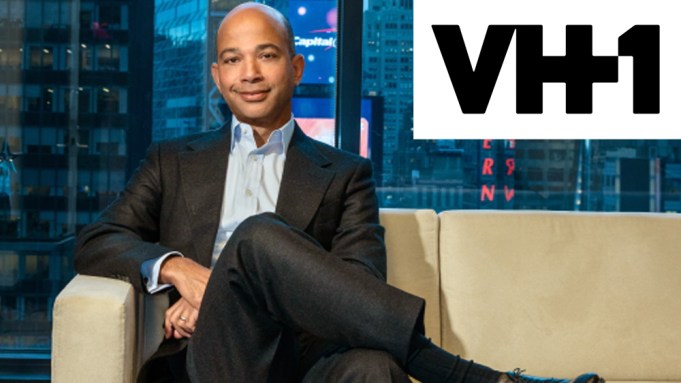 The restructuring of Paramount Global’s TV operations continues with another realignment of the company’s linear cable networks. Longtime MTV sister channel VH1 will move into the BET Media Group, run by CEO Scott Mills, which includes BET, BET+, BET Her, BET Studios and BET Digital. The announcement was made by Paramount Global President and CEO Bob Bakish in a company memo, a copy of which was obtained by Deadline.

VH1 had been part of the Paramount Media Networks overseen by that group’s CEO Chris McCarthy, who recently added oversight of Showtime following David Nevins’ exit.

As part of the same post-Nevins restructuring, BET Media Group moved under the purview of George Cheeks, President & CEO, CBS and CCO, News & Sports, Paramount+. While not mentioned in Bakish’s memo, in his expanded responsibilities, Mills will continue to report to Cheeks.

“This strategic alignment will ensure that VH1 − a leader in multi-cultural programming and the second largest U.S. cable network for Black viewership − is best positioned for future success as a key part of the powerful BET ecosystem under the leadership of Scott Mills,” Bakish wrote.

The promotion recognizes Mills’ work in recent years on expanding the BET brand beyond linear networks through the launch of BET+ streaming service and BET Studios. It also acknowledges the evolution of VH1 into a network with strong following among Black viewers through unscripted mainstays such as RuPaul’s Drag Race and Love and Hip-Hop.

Still, this marks the end of an era as VH1 (which stands for Video Hits One) originated as a satellite channel to MTV and was once known for its pop-up music videos. The two cable networks continued to share DNA as they both gradually moved away from music into reality programming. They had never been separated until now.

McCarthy’s group, where MTV remains, will partner with the BET teams on several of the existing shows on VH1, which it produces through MTV Entertainment Studios.

As we take further steps to accelerate the transformation of our business and maximize the full strength of Paramount, I’m excited to share that VH1 will move into the BET Media Group, which includes BET, BET+, BET Her, BET Studios and BET Digital.

This strategic alignment will ensure that VH1 − a leader in multi-cultural programming and the second largest U.S. cable network for Black viewership − is best positioned for future success as a key part of the powerful BET ecosystem under the leadership of Scott Mills.

Scott and his team continue to drive the evolution and growth of BET by building an interconnected set of leading platforms – linear, streaming, digital and studios – centered around the Black Community, Black Culture and Content. Their ability to create hit programming and experiences, invest in new talent and storytellers, leverage our capabilities in streaming and original production, and expand and deepen relationships with key commercial partners make them ideally suited to take on this brand and business.

I’d also like to recognize the MTV Entertainment Studios team under the leadership of Chris McCarthy and Nina L. Diaz, who, for the past five years, have rebuilt the VH1 brand and produced powerful hit franchises from Black Ink Crew and Love & Hip Hop to RuPaul’s Drag Race. Their work has helped VH1 score nearly 40 Emmy Awards while establishing it as an industry champion in driving diversity both in front of the camera and behind the screens. As Chris and his team continue to focus on integrating SHOWTIME and globalizing the Media Networks Group, they’ll also partner with the BET teams to continue producing several of the existing hit shows on VH1.

We are working through the details of that transition now and will share updates as we have them. In the meantime, as we look forward to this successful next chapter of VH1, please join me in congratulating Scott and the BET organization, and thanking Chris and the MTV Entertainment team for their ongoing contributions.