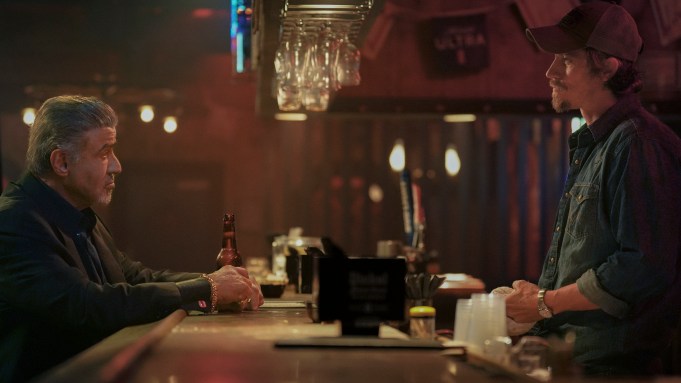 Viaplay has confirmed the date for its launch in the UK: November 1. It will offer two packages – a film- and series-focused option focused on Nordic storytelling, including Viaplay Originals and third-party shows, and a ‘Total’ package also including sports, priced at £3.99 ($4.50) and £14.99 ($17) per month, respectively. The Total package will include Premier Sports content after Viaplay’s acquisition of the UK streamer received Irish media merger control clearance this week. The deal values the Ireland-based, Setanta-owned company at £30M ($34M). Premier Sports channels will be rebranded under Viaplay monikers and the Total package will include Scotland, Wales and Northern Ireland men’s FIFA World Cup and UEFA EURO Cup games, along with several other sports tournaments. The UK launch takes Viaplay’s footprint to 11 territories, with U.S. and Canada services coming in early 2023.

Cambodia has selected Davy Chou’s Return to Seoul as its entry for the Best International Feature Oscar race. The drama debuted in Cannes’ Un Certain Regard section last May with Sony Pictures Classics taking North America, Latin America, Middle East, Australia and New Zealand rights. It has since played several festivals, winning the top prize in Athens. The story follows a young woman who returns to South Korea, where she was born before being adopted and raised in France, and begins a search for her biological parents in a country she knows so little about, taking her life in new and unexpected directions. In Deadline’s review, Anna Smith called it “a journey worth taking.” SPC releases December 2. Cambodia received a nomination in the International Feature race for Rithy Panh’s 2013 documentary The Missing Picture.

American streamer Topic has acquired whodunnit drama Agatha Christie’s Hjerson from German distributor ZDF Studios. Also securing the show are Australia’s SBS and VOD platforms such as Google Play, iTunes and Amazon, European broadcaster Viasat World, Keshet in Israel, NHK (Japan), VR Films (India), LRT (Lithuania) and Walter Presents (UK and Ireland). The series, which was originally for TV4/C More in Sweden and won the MIPDrama Coup de Coeur and is billed as a “playful mystery drama with a contemporary meta twist – marking the first time an Agatha Christie character has gained an offshoot series. Johan Rheborg stars in the leading role as detective Sven Hjerson, a former investigator who solved some of Sweden’s toughest crimes now living on the fringes of society.

CJ ENM-owned Fifth Season in in Cannes distributing Undressed, an eight-part transformation format from by Nine Perfect Strangers and The Undoing firm Made Up Stories and Mother Media Group, originally for Paramount Global-owned Network Ten in Australia. Hosted by Emmy Award-nominated TV journalist Kathryn Eisman (TODAY Show, Good Morning America), it delves into the psychology of fashion to explain how one’s outer appearance can reflect their inner truth. Fifth Season has tape and format rights and has launched it at Mipcom this week. The show, Made Up Stories’ first unscripted effort, is currently playing on Paramount+ in Australia. “As the name suggests, Undressed goes deeper than traditional makeover shows as we see Kathryn meet everyday people looking for a transformation both inside and out,” said Fifth Season’s recently promoted President, Television Distribution, Prentis Fraser.

NBCUniversal Formats’ entertainment show That’s My Jam is heading to Italy, Spain, Portugal and Mongolia. The music and comedy variety game show was originally produced for NBC by Universal Television Alternative Studio in association with Jimmy Fallon’s Electric Hot Dog for NBC. In Italy, Endemol Shine Italy is making it for free-to-air channel Rai 2, while Spanish actor, comedian and presenter Arturo Valls (The Masked Singer) is confirmed to front a local version of the format. His production company Polvora will co-produce the Spanish series with LACOproductora, in partnership with UTAS, while Shine Iberia is readying a version in Portugal. In Mongolia, Central TV has ordered a ten-part run that will be fronted by The Voice Mongolia’s  Ankhbayar Ganbold (The Voice Mongolia). A second season for NBC is currently in production in LA and filming also recently wrapped on the UK version hosted by Mo Gilligan for the BBC, which is being produced by Universal International Studios’ Monkey, in partnership with UTAS. A French version, Stéréo Club, aired over the summer on TF1.

Greece’s Antenna Studios is in Cannes with “visceral” crime drama limited series Save Me.  Launching on Ant1+ this year, the series centres on the discovery of three mutilated female bodies in rural northeast Greece, and the efforts of a female city detective to prevent more killings. It’s based on a best-selling book by Dimitris Simos, and directed by Pierros Andrakakos, Antena claims the show offers “a Greece rarely seen – dark, rural and forbidding.” The eight-part series stars Danai Skiadi, Elena Mavridou, Ektor Liatsos, Ioanna Asimakopoulou, Lila Baklesi, Vaggelio Andreadaki and Mihalis Siriopoulos, and was filmed on location this year. Antenna Studio CEO Michael Iskas: “Save Me raises the bar for European psychological thrillers as it draws its strength from a story of redemption of Oedipus Rex proportions, a backdrop of local Christian and Muslim society that has never been shown before and a dark and rural version of Greece that you will not find in any tourist brochures.”