With two more Fast and Furious films on the horizon, Vin Diesel is hoping to bury the hatchet with franchise co-star Dwayne Johnson, with whom he fell out while collaborating on The Fate of the Furious. 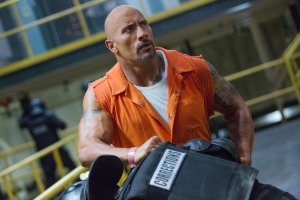 THE FATE OF THE FURIOUS, (aka FAST & FURIOUS 8), Dwayne Johnson
Everett Collection

Diesel shared a message for Johnson via Instagram on Sunday, extending an olive branch with the hopes of securing the return of Johnson’s Luke Hobbs for Fast 10.

“My little brother Dwayne… the time has come,” Diesel wrote to the wrestler turned actor. “The world awaits the finale of Fast 10. As you know, my children refer to you as Uncle Dwayne in my house. There is not a holiday that goes by that they and you don’t send well wishes… but the time has come. Legacy awaits.”

He continued, “I told you years ago that I was going to fulfill my promise to Pablo [Paul Walker]. I swore that we would reach and manifest the best Fast in the finale that is 10! I say this out of love… but you must show up, do not leave the franchise idle you have a very important role to play. Hobbs can’t be played by no other. I hope that you rise to the occasion and fulfill your destiny.”

Diesel revealed this summer that the bad blood between the pair was due to him using “tough love” while producing Johnson in 2016. He told Men’s Health he used the approach “to assist in getting that performance where it needed to be.”

In 2019, Johnson’s character Luke Hobbs had his own spin-off film Hobbs & Shaw that saw him collaborate with Jason Statham. Johnson and Diesel have not shared the screen again.

Johnson has yet to respond to Diesel publicly.

Director Justin Lin addressed the possibility of Hobbs and Statham’s Deckard Shaw returning for the final two films in conversation with Deadline in April.

“I never really considered them gone, you know? To me, they’re still in this universe; they’re part of this family. Whatever we do, whenever we’re talking about the next chapter, I never feel like I have any restrictions, so I’m excited for what we build, and as we’re coming to this kind of final chapter of this saga, I think I’m excited to revisit…Any character, in any situation, is up for discussion.”