Warner Bros. Discovery is moving fast with its reorganization.

Kathleen Finch, who oversee the U.S. Networks Group, has laid out her leadership team and realigned the kids, young adults and classics division following the departure of Tom Ascheim. 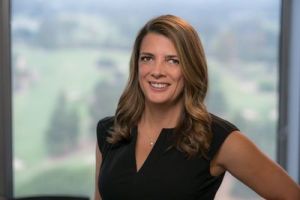 Nancy Daniels, who was Chief Brand Officer, Discovery & Factual, will take over content oversight for the Turner networks following the departure of Brett Weitz.

“Nancy’s strong leadership skills, along with her track record of running multiple networks and her experience as a former producer, will enable her to mine the advantages across these networks with shared audiences,” Finch wrote in an internal memo to staff seen by Deadline.

Michael Ouweleen, who runs Cartoon Network, Adult Swim and Boomerang, will continue in that role and will report to Finch with Amy Friedman, who was head of kids and family programming at Warner Bros., and her team reporting to Ouweleen.

Pola Changnon will continue to lead Turner Classic Movies and report to Finch.

Finch said that a “less layered organization” will benefit from a “more collaborative and strategic approach to how we schedule and market our content”.

“With so many top networks in our portfolio, we have the ability to synchronize programming schedules across multiple brands and then market those networks in an advantageous way, strategically moving audiences from one tentpole to another – and from one network to another – in a seamless, coordinated fashion,” she added.