Waukesha police have identified the suspected driver in last night’s horrific incident at a Christmas parade that has left five people dead and dozens injured. The person of interest has been identified as Darrell Brooks Jr., a 39-year-old Milwaukee man who authorities say had been involved in a domestic violence incident just prior to the parade.

At a press conference this afternoon, Waukesha Police Chief Dan Thompson said police believe the suspect acted alone, and that there is no evidence of terrorism.

Brooks was taken into custody on Sunday night after a red Ford Escape SUV drove into parade participants and onlookers. In addition to the five confirmed dead, at least 48 people were injured including 18 children, two of whom remain in critical condition. 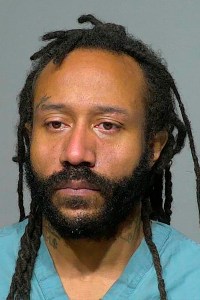 According to officials, Brooks had earlier been involved in a domestic dispute but fled that scene as police were en route. Various reports indicate that the domestic dispute involved a knifing but police at the press conference did not confirm those reports, and that he had recently been released

According to USA Today, Brooks has been charged three times in less than two years with recklessly endangering the safety of others, most recently on Nov. 5 as part of a domestic abuse incident for which he was also charged with resisting or obstructing an officer.

The suspect who allegedly plowed into a Christmas parade in Waukesha was released on bail just a few days before the deadly attack. Police say he will be charged with five counts of intentional homicide, with additional charges pending.

According to police, one officer fired a gun in the direction of the SUV but stopped after one round due to the size of the crowd. No one was injured, including the suspect, in the gun discharge.