Women and people of color “continued to make progress in screen hiring,” according to the WGA West’s latest Screen Inclusion Report, which notes, however, that “these writers remain significantly underrepresented in the feature film industry.”

The report, sent to members Friday, notes that “Even in the face of a global pandemic and its impact on our industry, underrepresented writers achieved a 3% overall increase in hiring, making up 43% of the more than 2,000 screenwriters hired in 2020.”

Despite these gains, the report stressed that “This trend, while encouraging, should not be cited as proof that discrimination is vanishing or no longer exists,” noting that “significant disparities persist, and writers from underrepresented groups continue to face systemic barriers to equitable employment.”

The report also notes that “it is clear that sexism is still pervasive in the hiring of screenwriters.” A separate report issued earlier this year – the guild’s 2021 Screen Survey – found that “79% of women respondents reported experiencing discrimination, bullying, and/or harassment based on their gender – and 35% reported being asked about marital status or childcare while interviewing for Guild-covered work.”

Black, Indigenous and People of Color screenwriters face similar obstacles. “As noted throughout this report, discrimination does not end with hiring,” the inclusion report notes. “In the WGAW’s 2021 Screen Survey, 76% of BIPOC respondents reported experiencing discrimination, bullying, and/or harassment based on their race/color in their professional careers.” 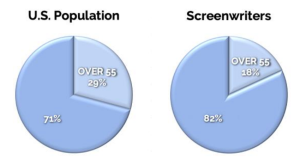 The report also found that “When the data is broken down by major ethnicities, other disparities become evident. In 2020, Latinx, Black, Multiracial/Other, and AAPI (Asian American Pacific Island) writers saw small increases in their share of employment compared with 2019, but representation for Latinx, Black and AAPI screenwriters is at approximately half or less of their relative percentages of the U.S. population.

“For Middle Eastern and Native/Indigenous screenwriters, discrimination leads to near total erasure, with employment numbers remaining flat and both groups continuing to have almost no representation at all. One factor driving this discrimination may be that, based on self-reporting, BIPOC screenwriters can often be funneled towards stories presumed to match their ethnicity.”

The report also found that ageism remains “troubling” in the movie business. “Writers over 55 comprise the next largest group of disadvantaged writers, after women and people of color. Despite making up 29% of the U.S. population, only 18% of screenwriters employed in 2020 were over 55.”

The report went on to say that “It is worth noting that ageism in the entertainment industry does not affect all writers equally. While a small group of highly successful screenwriters continue working long after age 55, many more see diminished opportunities – or a complete lack of opportunity – as they age. Screenwriter employment data does not adequately distinguish between these groups. However, the data that is available on ageism is troubling. In the WGAW’s 2021 Screen Survey, 84% of writers over 55 reported experiencing discrimination, bullying, and/or harassment due to their age.”

LGBTQ+ screenwriters are faring relatively well compared to other underrepresented groups. “The best data available puts LGBTQ+ Americans at roughly 8% of the U.S. adult population,” the report says. “In 2020, LGBTQ+ writers were hired for 6% of screenwriting jobs.

“However, the fact that LGBTQ+ screenwriters fare better in this chart than other underrepresented groups does not mean that they do not face discrimination in the workplace and erasure of LGBTQ+ characters in their stories. According to a recent survey of 158 members of the LGBTQ+ Writers Committee, 22% report having been the target of overt discrimination and/or harassment in an industry setting. Meanwhile, over half of the surveyed writers reported experiencing microaggressions based on their identity. Unfortunately, the most targeted individuals are often the most underrepresented and those who have multiple intersectional identities: transgender, non-binary, intersex, BIPOC, disabled, over 55, etc.” 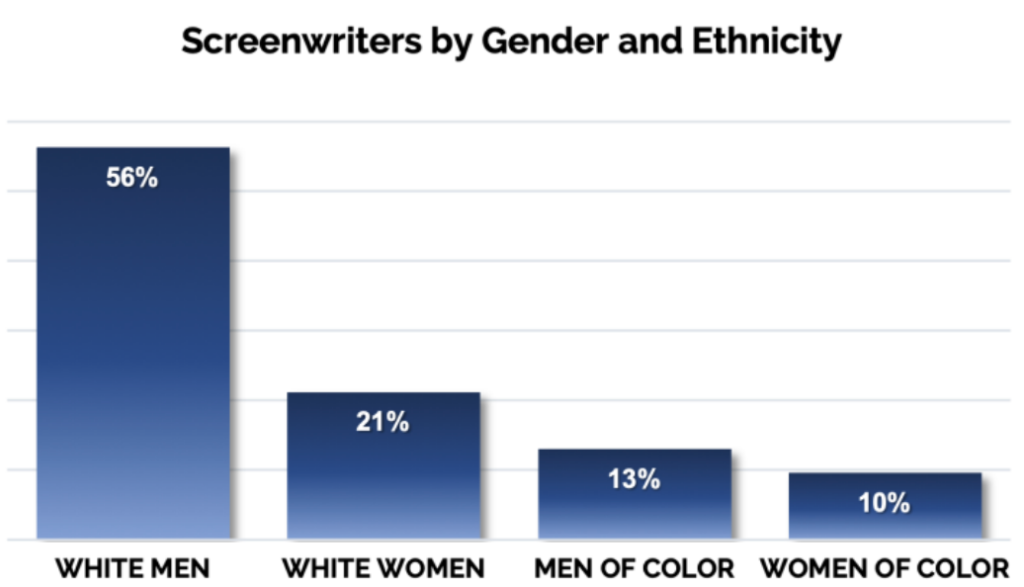 “Ironically, studios frequently blame hiring discrimination against LGBTQ+ writers and disabled writers on the very laws meant to protect them from discrimination, claiming they cannot legally inquire about sexual/gender identity or disability. It is worth noting, however, that the WGA’s Find A Writer database currently lists 1,092 of writers who publicly self-identify as LGBTQ+ and 211 writers who publicly self-identify as Disabled, all of whom would no doubt welcome more job opportunities.” 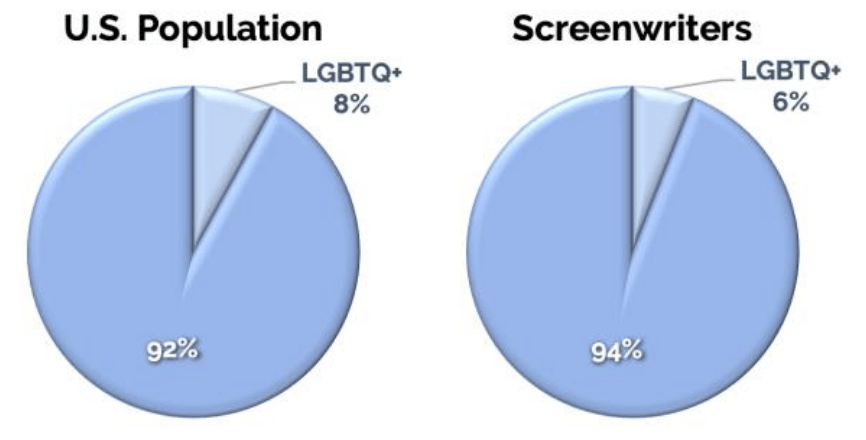 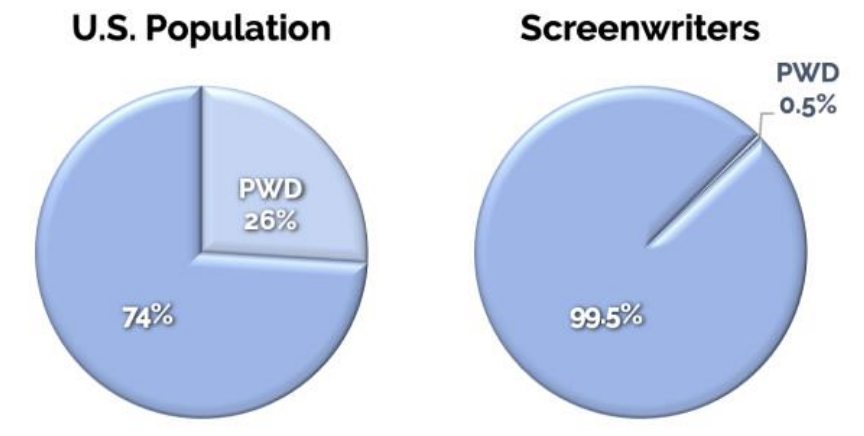