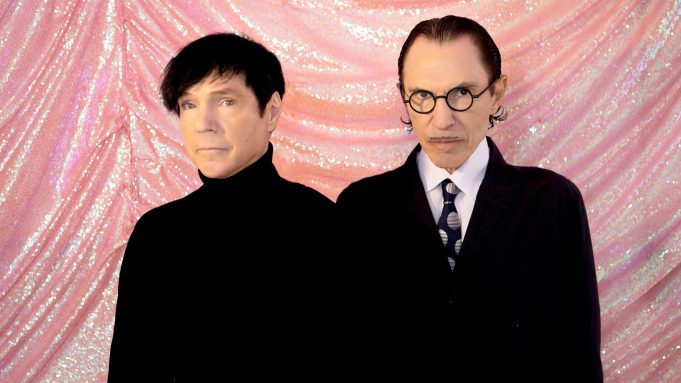 EXCLUSIVE: Focus Features is getting back in business with musicians Ron and Russell Mael, after serving as the distributor for the 2021 Edgar Wright doc The Sparks Brothers, of which the duo were the subjects. The studio has today announced the launch of development on X Crucior, an original musical epic to be written and exec produced by the Maels.

Specifics as to the film’s plot are being kept under wraps, and whether a director has been attached to the project is not yet clear. But Focus’ Kiska Higgs will oversee production on behalf of the studio.

Brothers Ron and Russell Mael are best known for their work as the avant-garde pop-and-rock duo Sparks, and are currently enjoying a career resurgence following the release of two film projects including The Sparks Brothers. That feature takes audiences on a musical odyssey through five weird and wonderful decades with the brother bandmates, celebrating their legacy as your favorite band’s favorite band. Pic was released to critical acclaim last June, after making a splash in its Sundance world premiere.

Ron and Russell Mael also recently served as the screenwriters and composers for the Leos Carax-directed musical Annette, starring Adam Driver and Marion Cotillard, which world premiered at the 2021 Cannes Film Festival. The romantic drama released by Amazon Studios last August won the Maels the Cannes Soundtrack Award for Best Composer, along with the César Award for Best Original Music.

Sparks has recently completed its 27th studio album, which is slated for release in 2023 and will be accompanied by a world tour. The as-yet-untitled album follows on from 2020’s A Steady Drip, Drip, Drip and the band’s soundtrack album to Annette.

Films to be released by Focus in 2023 include Wes Anderson’s Asteroid City, Alexander Payne’s The Holdovers, an untitled comedy from Ethan Coen, A.V. Rockwell’s A Thousand and One, Nida Manzoor’s Polite Society, Zelda Williams’ Lisa Frankenstein, Bill Holderman’s Book Club II: The Next Chapter, My Big Fat Greek Wedding 3 from Nia Vardalos, Goran Stolevski’s Of An Age, Vasilis Katsoupis’s Inside and Bobby Farrelly’s Champions, among others.

Ron and Russell Mael are represented by Republic Media in the UK.